Dave Dombrowski is ready to take the reigns of the Red Sox.

BOSTON- Dave Dombrowksi is one of the most well-known and liked people in baseball. After many years as the president and GM of the Detroit Tigers, Dombrowski was released from his contract. Almost immediately he became the most sought after free-agent on the market. He signed with the Boston Red Sox as the President of Baseball Operations. This gave him complete power of all baseball ops. GM Ben Cherrington was offered to retain his job but, due to the now limited power of the position, he understandably declined. Hiring Dombrowski is not similar to acquiring an ace or a star player, it is more valuable. Dombowski’s thirty years of baseball front office work and knowledge makes him the perfect man to quickly revive the Red Sox, .

This move came as a surprise to many. In the two weeks since Dombrowski was released, there have been many teams connected to him: the Blue Jays, Mariners, Angels, Nationals, and possible others. However there were many things that drew Dombrowski to Boston. Under the watch of Ben Cherrington and Theo Epstein, Boston has created the best farm system in baseball with many top prospects such as Yoan Moncada, Rafael Devers, and Manuel Margot. Additionally, there is a certain core group of young players in the big leagues, which includes Mookie Betts, Xander Bogaerts, Blake Swihart, Jackie Bradley Jr., Eduardo Rodriguez, Henry Owens, Brian Johnson, and Christian Vasquez. Dombrowski had some good options, including Toronto, which has a stable elite core of players. The fact that he chose Boston says something about what he thinks he can accomplish with a system and organization with strong roots. 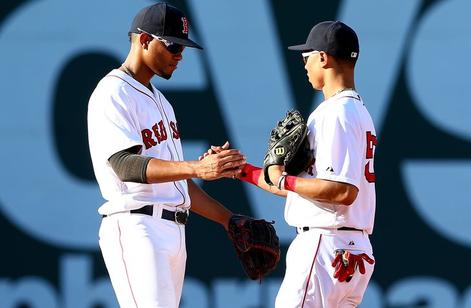 The Red Sox farm system is ranked #1 even with many great young players having graduated to the big leagues.

One thing commonly known about Dombrowski is that he understands players on a deeper level than analytics. In a recent interview with NESN he stated that analytics do not show if a young player is, for example, working hard and his curveball is steadily improving; The analytics only show the numbers that have been put up in the past. Dombrowski’s successor in Detroit, GM Al Avila, said after Dombrowski left that the Tigers were not up to date in current analytics. Fortunately for the Red Sox, the team has a fantastic analytics infrastructure in place. It is important to have a balance between scouting through analytics and scouting the player as a person. That was one of the things that let Cherrington assemble the 2013 championship squad. This move signals an immense change in the baseball philosophy, which has been developing for many years. 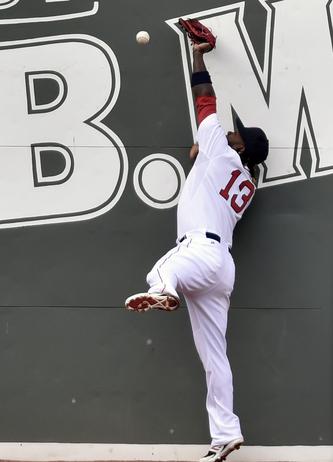 As General Manager, Ben Cherrington became very attached to the decisions he made; he stuck with them until they truly proved a failure. Some examples include decisions Cherrington made supporting Hanley Ramirez as a left fielder and Joe Kelly as a starter. Both were questionable options when decided upon and both did not work out for the Red Sox. However, Hanley Ramirez is still plodding out to left field. There are hopes from the rest of the team he will someday learn how to play the monster and catch line drives, which he has failed at in the past on numerous occasions. This was a clear mistake made by Cherrington that will hopefully change with Dombrowski. In baseball there needs to be an understanding that decisions do not always yield positive results and that one must embrace the humility that comes with messing up. Whether it is figuring out what to do with Hanley, recreating the pitching staff, or finding someone to pitch in the bullpen, we should trust Dombrowski to make the right decisions. He was, after all, the one that found a way to acquire Miguel Cabrera. Dombrowski will hire his own GM and assess the manager position (get well Farrell) at the end of the year. This is a good move for the future of the Red Sox. We at Front Row Sports News look forward to what is to come.