Just two years removed from a 2014 where the Angels had the best record in the majors the Angels finished well under .500 in 2016. The Angels downfall has a lot to do with the fact they lack young talent, and pitching struggles. Looking ahead to 2017 it may just be many more of the same for the Angels as there isn’t too much of a difference for this year’s team compared to last year’s. The Angels offense  finished 17th in runs scored which is below what they have been a custom to of late. One player they do have that the rest of the majors wishes they had is Mike Trout. Trout entering his fifth season is already a four time all star, and two time MVP. He has been finalist for the MVP award each of his four big league years. In his MVP 2016 Trout hit .315 with 29 Home Runs and 100 RBI’s and will look to have another monster year in 2017. Albert Pujols drove in 119 RBI’s enjoying yet another solid season for the Halos in 2016 and will look to continue to drive in runs in 2017. Kole Calhoun was another Angel who played well in 2016 batting .271  with 18 Homers, and 75 RBI’s. Yunel Escobar also batted .304. It’s clear the Angels have a very top heavy offense. The problem is C.J. Cron, Andrelton Simmons and the others at the bottom of the lineup are all coming off bad seasons. If the bottom four can’t produce pitchers will be able to pitch around the lineup and hold the Angels off the scoreboard. The starting rotation was very problematic last season for the Halos. They finished 19th in starters ERA. Looking ahead to 2017 there isn’t much to be excited about. One guy the Angels really need is Garrett Richards. Richards made just six starts due to injury in 2016 but was really great in those starts with ERA of 2.34. If they can get that small sample size for a full season they have themselves an ace. The Angels also hope for both Matt Shoemaker and Tyler Skaggs to have big seasons. Shoemaker had an ERA near four and Skaggs had one higher than four which is concerning. They need both to pitch at much higher levels to succeed. Also veterans Ricky Nolasco and Jesse Chavez will need to improve upon ugly 2016’s to give the Halos a shot. As for  the bullpen the Angels Finished 17th in bullpen ERA.. Closer Huston Street had a miserable season making just 26 appearances due to injury and pitching with an ERA of 6.45 ERA and three blown saves. The Angels have a lot of failed veterans in their bullpen like Kirby Yates, and Andrew Bailey along with a lot of young inexperienced pitchers. However there is one man that the Angles should be excited about. That is Cam Bedrosian. The setup man in 45 appearances pitched to a 1.12 ERA. If he can do that in maybe 60-70 appearances the Angels have themselves a relief ace. All in all there is too much competition in the AL West and the AL as a whole for the Angels to really compete. However having Mike Trout  and Albert Pujols can never hurt you and should help the Angels win some ball games and draw good crowds. 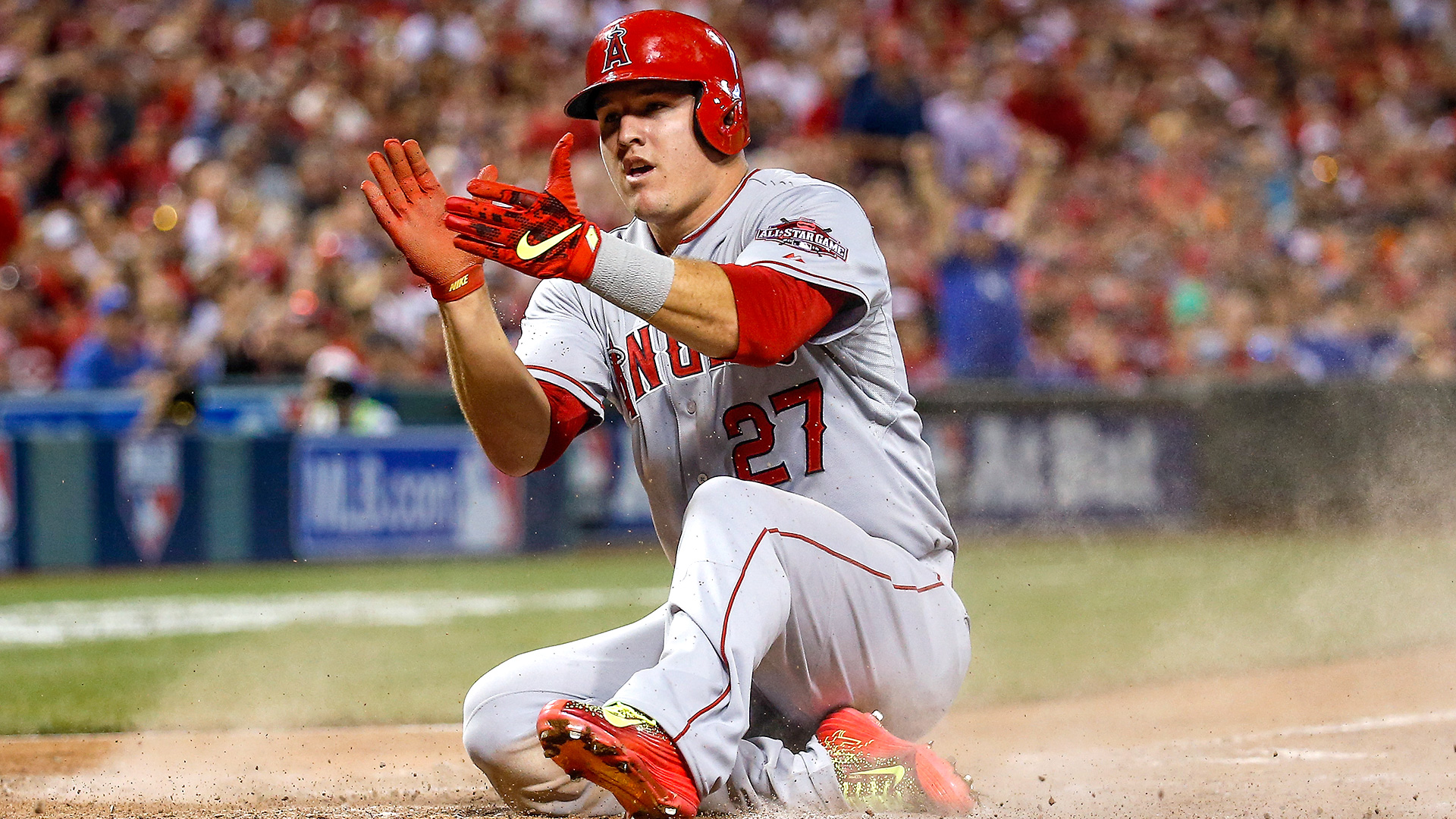 Mike Trout is ready for another MVP season in 2017. (Getty Images)