We move onto the NL East with our NL East Spring Training Studs and Duds.

What a spring it has been for outfielder Michael Taylor who saw a lot of playing time a season ago due to injuries to Jayson Werth, among other National outfielders. Taylor who had a solid 2015 has excelled this spring batting .485 with three homers this spring Taylor is making an argument to not only stay with the big league squad to be in the opening day starting lineup. For Brendan Ryan everyone who follows the game of baseball knows how great he is defensively but he is known as the player who simply can’t hit. Don’t tell him that this spring Ryan who has 10 hits in 22 spring training at bats this season. Tanner Roark once a 15 game winner figures to a key factor to the Nationals rotation this season. Rorak has showed this spring he can be that X Factor as in nine innings of work he has pitched to an ERA of 1.00.

Micheal Taylor has had a hot spring for the Nats ( Mandatory Credit: Steve Mitchell-USA TODAY Sports) 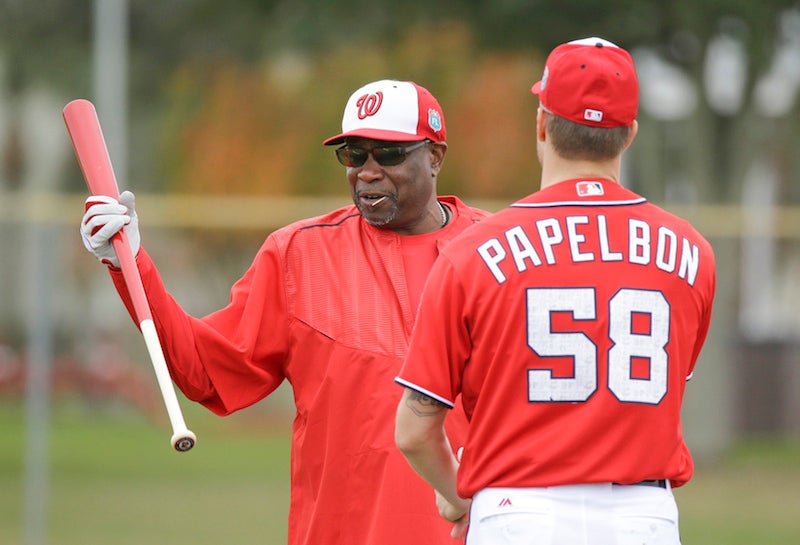 Tyler Moore may have two home runs this spring yet in 29 at bats he only has two hits. Moore who’s a key right handed bench back has had a rough go of it this spring and will need to improve by the time the team heads north to D.C. as the Nationals have a first basemen in Ryan Zimmerman who will need his days off and on those days it will be Tyler Moore’s job to produce. As for Jonathan Papelbon the closer has had a rough spring in four spring outings Papelbon has pitched to an ERA well over seven. Journeyman reliever Burke Badenhop was hoping to find

a home in Washington. That doesn’t seem to be the case the veteran in seven outings has a 10.50 ERA in what’s been a spring training to forget. Hopefully for Badenhop the Nats will give him a job in triple A. With questions in the Outfield Alejandro De Aza was brought in to provide depth and add some pop to the Mets roster. This spring De Asa has done just that batting .403 in 32 trips to the plate. Travis Taijeron may be another outfielder to watch if anything happens to any of the Mets current  guys due to his hot spring in 30 at bats he is batting .367 with 10 RBI’s. Starter Noah Syndergaard will be entering his first full season as a pro, and boy if he continues what he has been able to do this spring and what he was able to do for the Mets a season ago will he be a stud. This spring “Thor” has pitched to a 1.54 ERA in three starts with 10 K’s.

With Tyler Clippard’s departure the Mets brought in Antonio Bastardo who has proven to be one of the game’s better set-up men has had an awful spring. In eight games he has pitched to an ERA of 7.71. As for Steve Matz one of the Mets many young stud pitchers it has not been the greatest spring. Matz in four outings including three starts has pitched to an ERA of 8.31 the Mets hope that this will not be the start of a sophomore slump to the young Steve Matz as the defending NL Champs prepare to head up to Queens to start the season. Neil Walker was brought into replace Daniel Murphy at Second Base for the Mets. Walker this spring has not been great to say the least. Walker has just four hits in 28 trips to the plate. Walker who’s supposed to be an upgrade to Murphy better pick it up or the Mets lineup could be in trouble. Marcell Ozuna a 23 homerun hitter in 2014 has his struggles a season ago which actually forced him to take sometime at tripple A. This spring Ozuna is showing he is ready to be that hitter he was in 2014 again if not better. He is batting .379 this spring with 11 hits. Shortstop Adeiny Hechavarria turned a lot of heads last season thanks to his glove. This spring it’s with the bat where he is turning heads. Batting .400 with 12 hits. Jarred Cosart once a top prospect for the Houston Astros has had an incredible spring in four outings including two starts he has yet to give up a run. A very impressive 9.2 innings of work is a good sign for the Marlins who hope Cosart can step up as a solid mid rotation starter.

This spring has not been kind to Marlin relievers Jose Urena, and Brad Hand. Urena who pitched in 20 games for the Marlins a season ago has had a rough go this spring pitching to an ERA of 7.11 in 6.1 innings of work which could land him back in the minors. As for Brad Hand he will likely be on the major league roster however this spring he has pitched to an ERA of 7.04 in 7.2 innings of work. Derek Dietrich was a great bat off the bench for the Marlins last season. This spring however he hasn’t hit much only three hits in 27 at bats. With these numbers Don Mattingly may just said the 26 year old back to the minors. 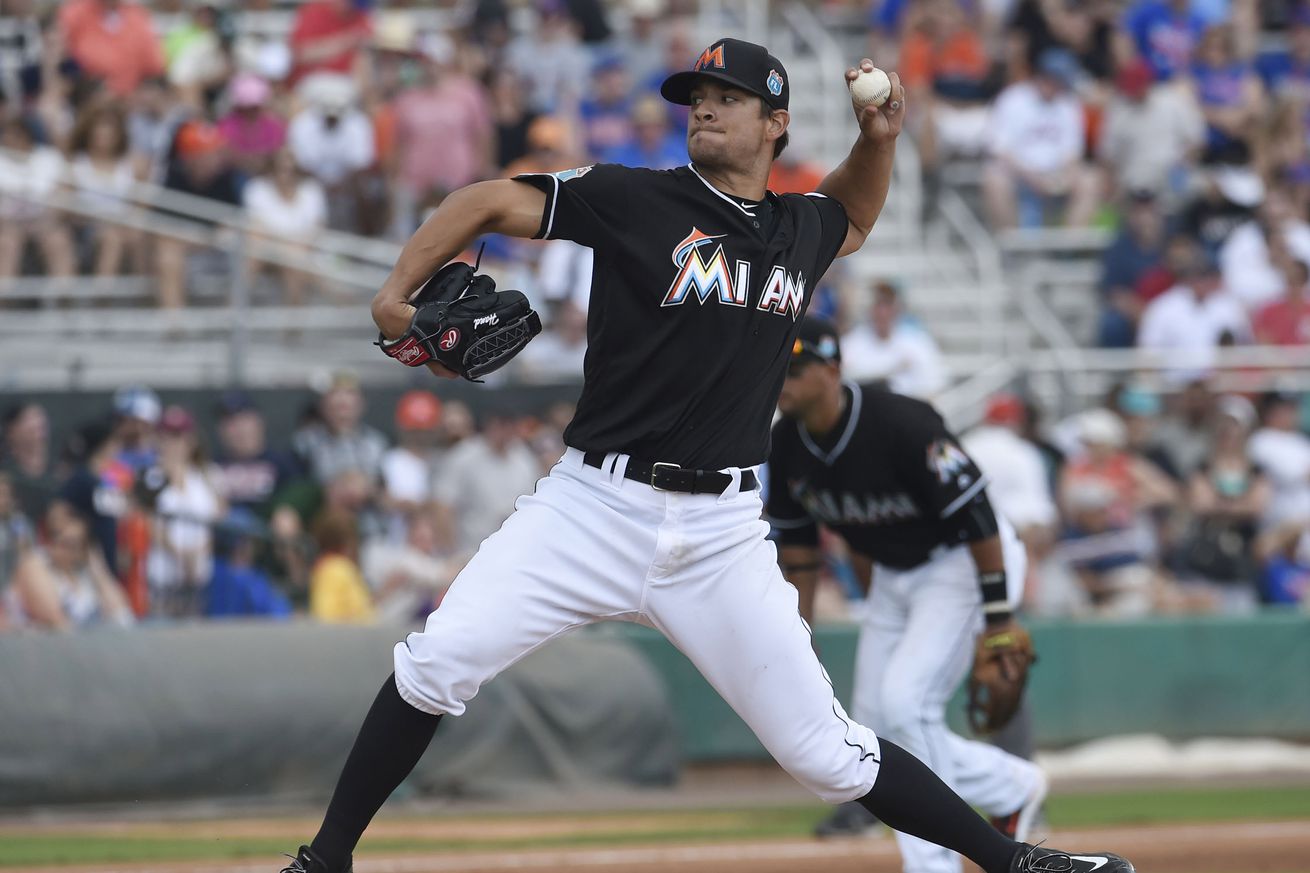 Young Williams Perez did not pitch well in 2015 in 20 starts. However this spring Perez seems like he may have turned things around. In seven innings of work he has pitched to an ERA of 1.29. One of the Braves top prospects is Hector Olivera. Olivera may not be a prospect for much longer due to how well he’s swinging the bat this spring. His average sits at .400 with 20 hits in 50 at bats giving him a solid argument to make the rebuilding Braves roster. 19 year old Shortstop Ozzie Albies is a name to watch for the Braves and there fans. In 35 spring at bats Albies has batted .371 with thirteen hits including a long ball. Pretty impressive numbers for such a young man. 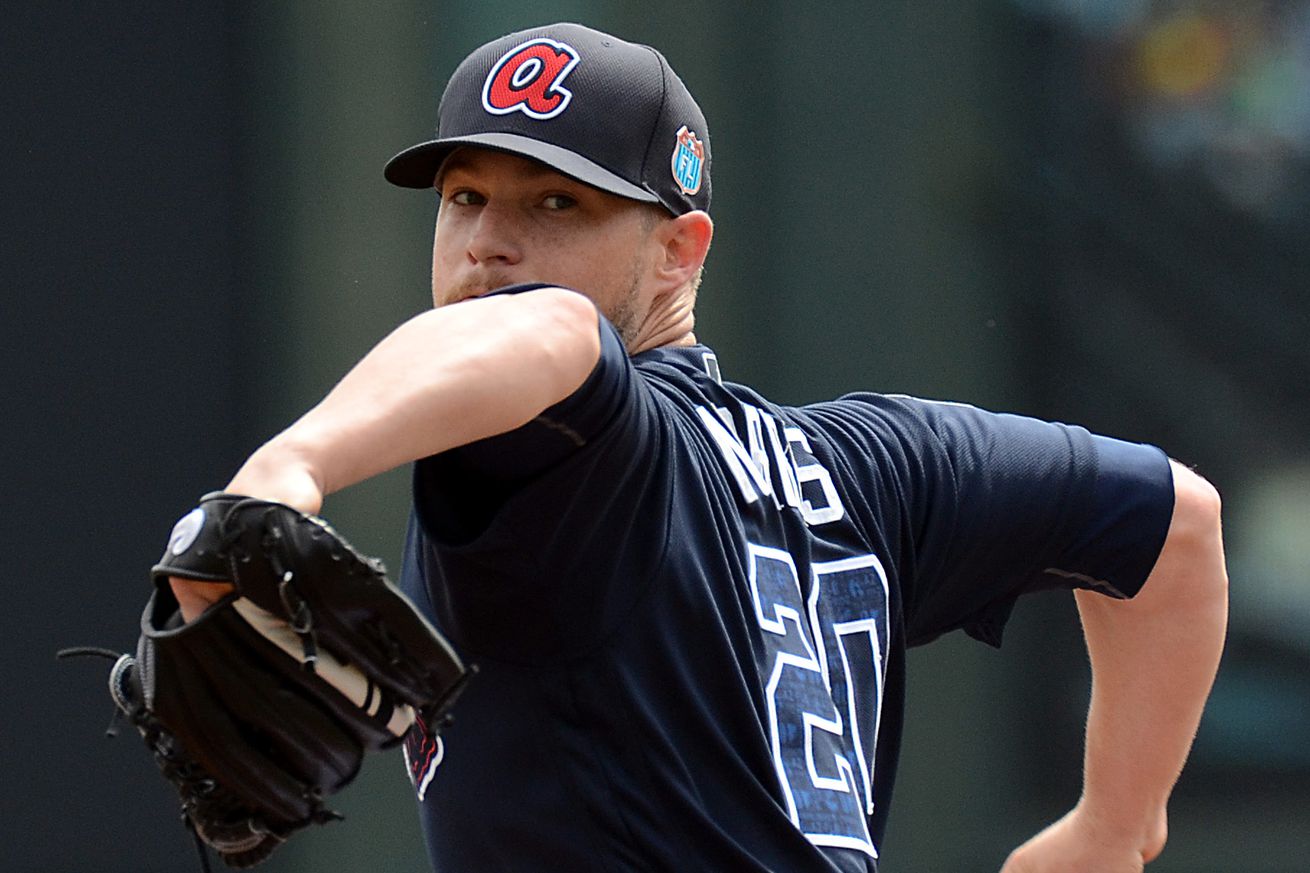 With the Braves in reboot mode the team brought in veteran starter Bud Norris not just to mentor some youngsters but to eat up some innings. This spring however he doesn’t look like he is ready to be any type of inning eater. In four starts he has pitched to a very high ERA of 8.53. Ian Kol who the Braves brought in from Detroit in a trade for Cameron Maybin has also had a rough spring. Krol who was brought to the ATL to help fix what was an awful Braves bullpen in 2016 has pitched to an ERA over 12 in seven outings. Tyler Flowers will be one of the two catchers assigned with catching Norris, and Krol and thus far this spring he hasn’t looked to sharp batting just .185 at the plate with just five hits in 27 trips to the plate.

If there was anyone to be named spring training MVP it would be Maikel Franco. Franco has been a force at the plate and a wiz with the glove this spring. Batting .326 with seven homers, and 18 RBI’s in just 46 at bats. As for shortstop Cesar Hernandez he has also had quite the spring, batting .370 with 17 hits in 46 at bats. Bobby LaFrombosie may just be playing himself into a earning a bullpen spot for the Phillies. In 7.1 innings of work he has yet to allow a run a very good spring for LaFrombosie. 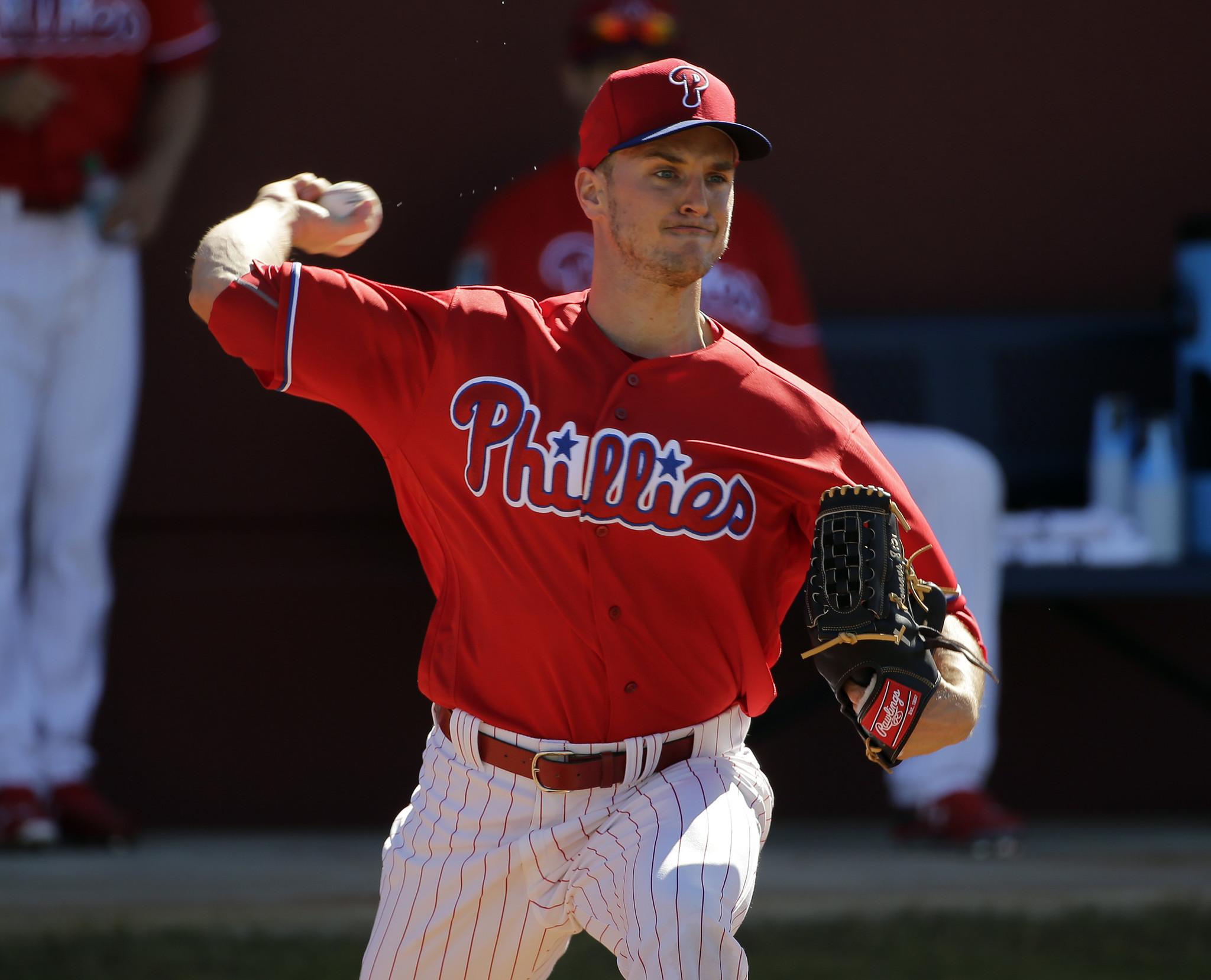 Alec Asher once a starting rotation candidate’s rough spring will be sending him to the minors. Asher in 8.0 innings of work had an ERA near eight as he will head down to the minors hoping to make the Phillies at some point during the season. Charlie Morton veteran starter that the Phillies traded for from the Pirates has not pitched well in his starts. Pitching to an ERA of 8.53. Morton will be among one of the Phillies five starters so they will need him to improve before the team heads north in order to say they made a wise trade for Morton. Darnell Sweeney got a taste of the majors in 2015 and turned some heads. This spring he hasn’t turned any heads. Batting just .207 with six hits in 27 trips to the plates Sweeney hopes to be with the Phillies come opening day and not in the minors.