Point guards have changed the most out of any position in the NBA in the last couple of decades.  Just 20 years ago, a great point guard was considered one who was a floor general– directing the offense and leaving most of the scoring load for the rest of the team.  Players such as Jason Kidd, John Stockton, and Magic Johnson dominated the NBA with their ability to distribute the ball to their teammates in scoring position.  Even if the early 2000’s, scoring point guards such as Tony Parker and Chauncey Billups were developed by their coaches to become pass-first, instead of racking up the points themselves.  In today’s game, point guards carry much more of a responsibility to score.  Most players at this position have to be a threat from in close, midrange, and three-point territory, and must contain an extraordinary amount of athleticism.  With this said, who takes the top five spots in this golden era for floor generals?

Now past his prime, Chris Paul has shown some signs of slowing down, but not enough to take him off the list.  Paul is one of the last “true” point guards left in the league– the entire offense flows around him.  He posts a player efficiently rating of 24.7, which trails only Russell Westbrook and Stephen Curry.  Although Paul’s field goal percentage and point totals have taken a hit from last year, (48.5% and 19.1 points per game) his court vision has propelled the Clippers past the turbulence that they experienced in the beginning of the season.  It is easy to see that his importance to this Los Angeles team cannot be overstated.

Kyle Lowry is one of the most consistent players in today’s streaky NBA, and is the catalyst for one of the best offenses in the league. Lowry’s offseason workouts and adjustments in his diet have also given him an additional quickness that he didn’t have last year, which is proven in his 2.2 steals a game (3rd in the NBA).  His efforts have led to the Raptors to a solid 21-14 record, which is good enough for 4th place in a much improved Eastern Conference.  If he continues this level of play throughout the rest of the season. it will be difficult not to include Lowery’s name in the conversation as a top 5 player in the league. 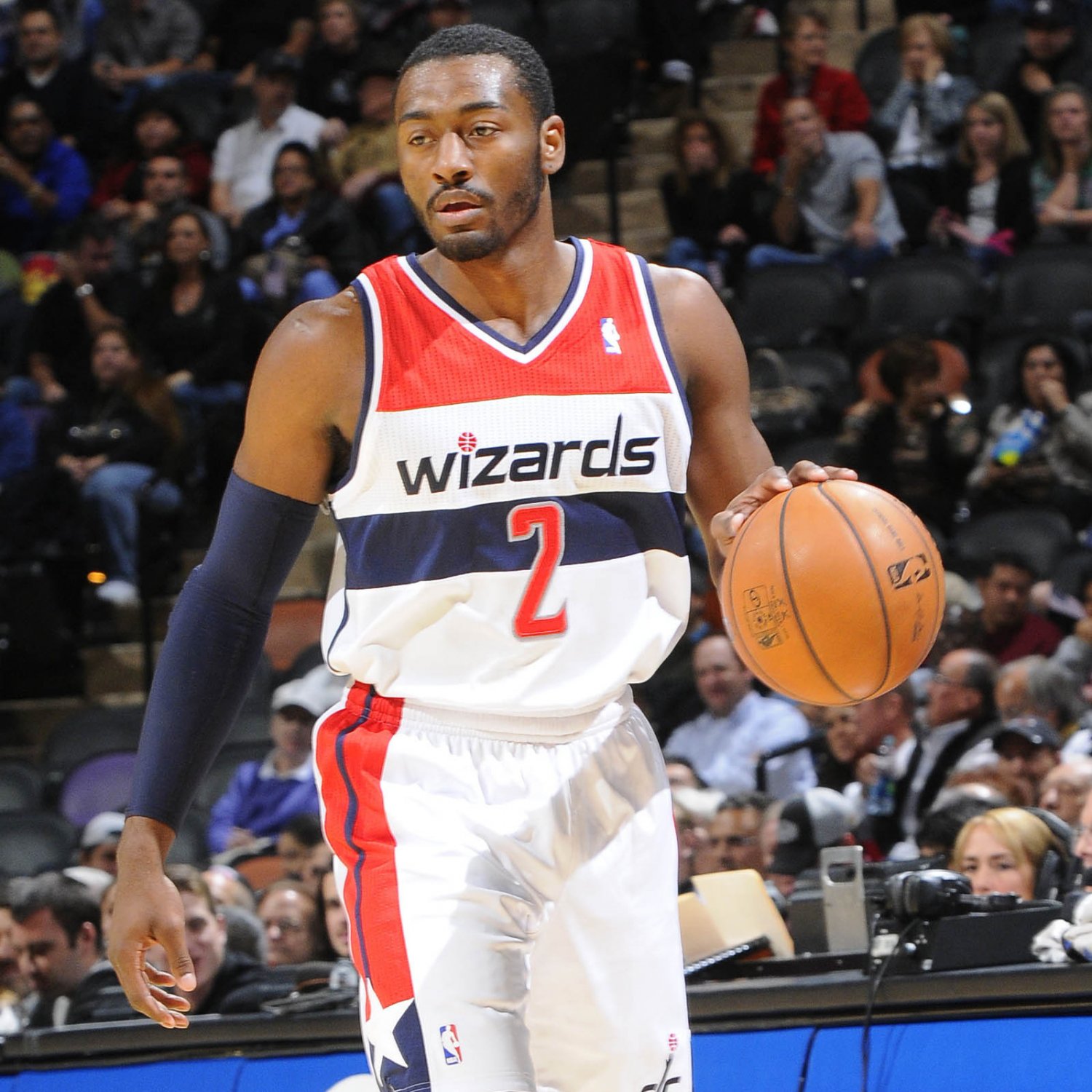 John Wall has been playing spectacular basketball this year by combining his ferocious athleticism with an expert passing ability.  He currently places third in the NBA for assists per game, a stat that critics used to criticize him about in previous years.  Washington has dealt with a slew of injuries this season, especially with his counterpart in the backcourt Bradley Beal.  Even though the Wizards are only 15-17 overall, it is safe to say that they would have records similar to the Sixers and Nets without Wall on the court.  The Wizards outscored opponents by more than seven points per 100 possessions with Wall on the hardwood.  Without him, the Wizards only outscore opponents by just three points per 100 possessions.

The top two point guards on this list are well above the other three, which is to be expected as Westbrook has turned into a superhuman-like force on the court.  Questions arose last year about Westbrook’s ability to coexist with Kevin Durant on the floor, which were quickly answered early on this season.  Westbrook has always been known as a score-first point guard, but his ability to set up his teammates with scoring opportunities is often overlooked.  He ranks third among point guards in assists per game with 9.5, and his 6.8 rebounds a game is best in the league compared to other point guards.  On top of that, Westbrook has three triple-double performances on the year as well, which places third in the NBA behind Rajon Rondo (4) and Draymond Green (6). Were you expecting anyone else?  Steph Curry has transcended the game of basketball these past two seasons, some say to the point of when Michael Jordan made dunking such a huge part of the game.  For Curry though, it’s the three point shot.  His shooting range is limitless, his ball-handling impeccable, and his playmaking ability is second to none.  The Warriors are the clear favorites to repeat as NBA champions this season with one of the best point guards that the NBA has seen for some time at the reins.