Lincoln NE- After taking down Indiana by a final score of 27-22 a week ago Nebraska is unbeaten at 6-0, and is ranked 8th in the nation for the first time since 2011. Big games on the road against Wisconsin, and Ohio State are on the horizon but Nebraska has business to take care of at home before they can focus on those two. The 3-3 Boilermakers who put up 35 points on the defending Big 10 West Champion Iowa Hawkeyes just a week ago are coming into Lincoln.

Purdue players will be dealing with more than just preparing to take on an unbeaten team seeking revenge for last year’s loss. Purdue will be playing under an interim head coach Gerad Parker for the first time. The team fired coach Darrell Hazell who went just 9-33 during is time at Purdue. One of those win of course came at home against the Huskers a season ago.

The 6-0 Nebraska team that is set to take the field  against the Boilermakers this season is much different than last year’s 6-7 football team.

The Huskers offense is perhaps the most balanced in the country. The team has produced 49% of their total yards on the ground, and 51% through the air thus far this season. The team averages 35.3 point a game tied for 35th most in the nation. Led by Senior Quarterback Tommy Armstrong the Huskers offense has thrived. Armstrong has proven he can beat teams with his strong arm, and legs. Last week in Indiana he used his legs to expand the pocket and throw balls down field for big games including a 45 yard hookup to Brandon Riley, and 72 yard touchdown on a third and nine to Stanley Morgan.

The major key to Nebraska’s success so far this season has to be the Blackshirts. The Nebraska defense was sensational a week ago and frankly all season long. In Indiana last week the Huskers forced two turnovers including a pick six, sacked Indiana Quarterback Richard Lagow three times, and held Indiana to a 35% 3rd down conversion rating. Nebraska’s defense ranks 17th best in the nation overall, and is only giving up 18.3 points a game 18th best.

The key’s to victory for Nebraska on Saturday without major weapons Jordan Westerkamp, and Cethan Carter for a second straight week will be to have success running the ball with Tommy Armstrong, Terrell Newby and company. Keep up the good work on defense by forcing Purdue Quarterback David Blough who has 12 touchdowns, and 10 interceptions to make mistakes. The biggest key however will be to keep a one game at a time mentality with Wisconsin and Ohio State looming. Though Purdue is not a very good football team they do have a conference win, put up a fight a week ago against Iowa, and beat the Huskers a season ago.

With all of this being said about the Huskers should be able to move to 7-0. Purdue already not a very good team is going to have a lot of distractions in their locker room with an interim head coach, and being unclear as to what direction their program is going. Nebraska is going to be hungry after last year’s low point came when they gave up 55 points to a woeful Boilermaker team. Nebraska’s defense is going to come out swinging, and the offense will be to much for Purdue’s defense that gives up 34.3 points a game. (21st most in the nation. Huskers move to 7-0 in a blowout. 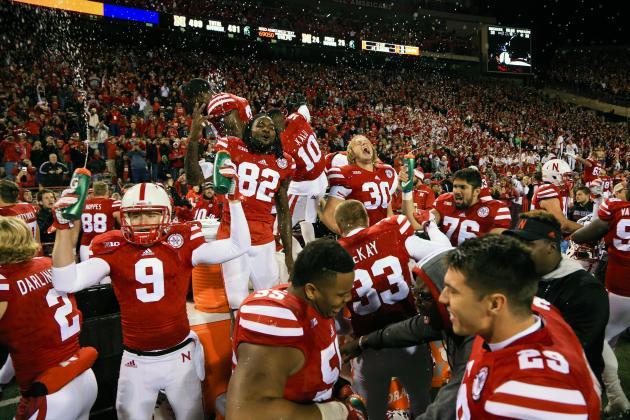 A 7-0 start for the Huskers is very much in reach. (Nati Harnik/Associated Press)