The Huskers are set to walk their way into Madison on Saturday. (Nati Harnik / Associated Press)

For Nebraska some people will say it is the Huskers first real test of the season. Sure the team is 7-0 including a 4-0 B1G record and looks very very good, but the team’s only win against a ranked opponent was at home against the Oregon Ducks who since their Week Three loss in Lincoln have yet to win a game sitting 2-5.

Despite the critics the Huskers remain unbeaten and unphased. (Picture BY STEVEN BRANSCOMBE)

As for Wisconsin they have been tested as they’ve had to travel to both #2 Michigan, and hosted #6 Ohio State losing both of those games. So the question for Wisconsin will be can they win a Big Game in the B1G? They did take down Michigan State. Michigan State who was ranked in the AP Top 10 when Wisconsin came into town is winless. It is safe to say Wisconsin has had the tougher tests than any of Nebraska’s thus far, but they still sit two games back in the B1G West of the Huskers, and have to take on their fifth AP Top 10 ranked team of the season. 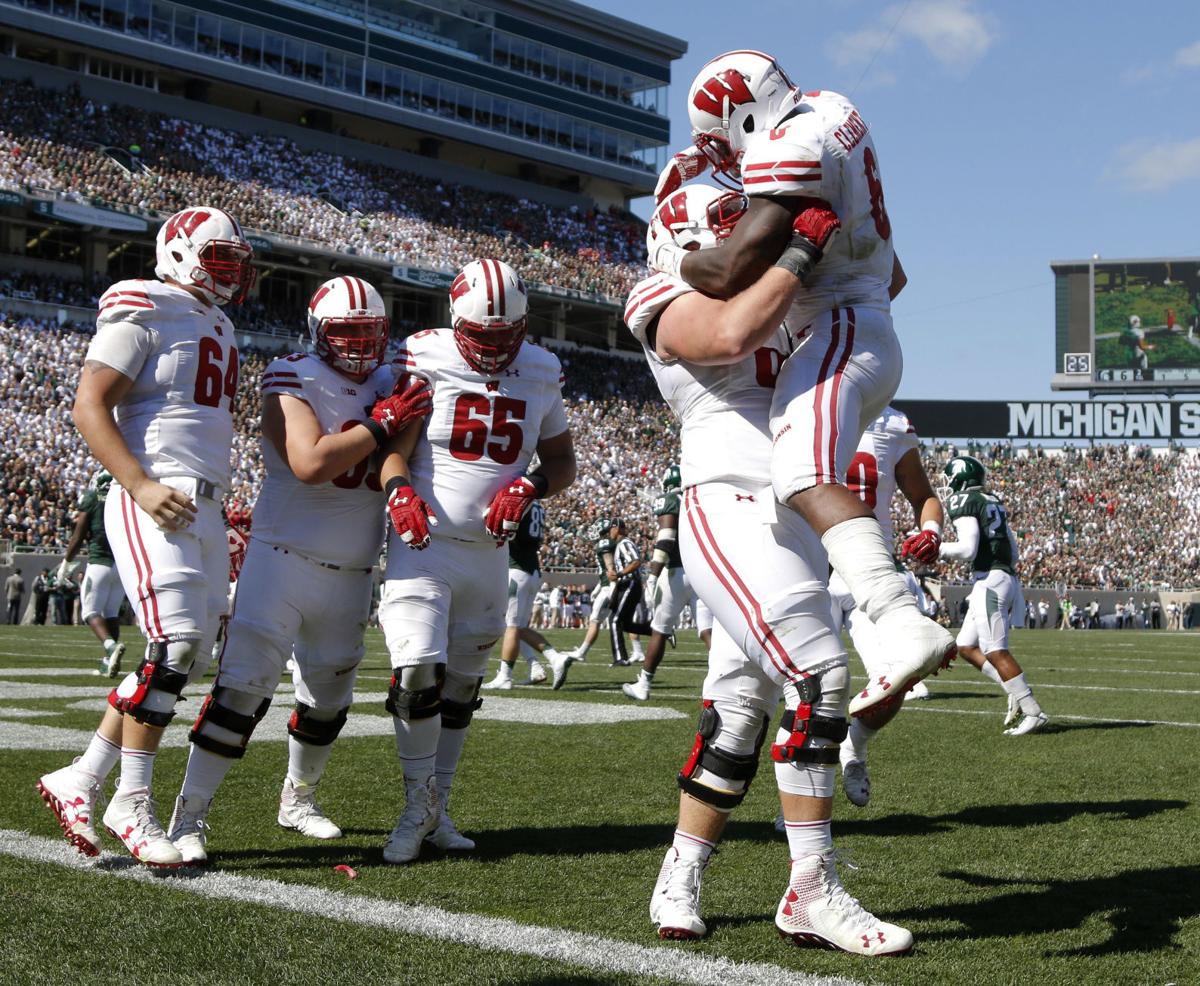 #11 Wisconsin has been tough to beat so far this season. (AP)

Let’s take a close look at this match up. The Huskers offense comes in scoring 27 points in back to back games. That is below the team’s average of 34.1 points a game, but the offense was missing both Senior Tight End Cethan Carter, and Senior Captain, Wide Receiver Jordan Westerkamp. All though Carter won’t be back on the field this weekend Westerkamp will be which should be a huge boost to an already loaded Wide Out group for the Huskers that includes Stanley Morgan, Alonzo Moore, Branden Riley, and De’Mornay Pierson EL all of whom played very well the last two weeks with Morgan, Moore, and Pierson EL all reaching the end zone, and Riley making two highlight real grabs. 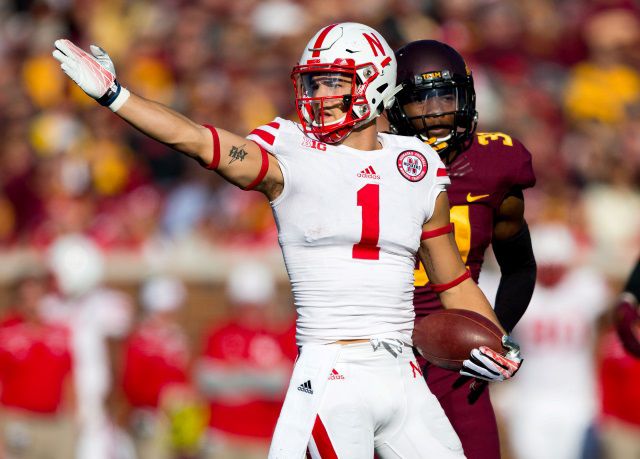 Getting Jordan Westerkamp back will boost an already loaded Nebraska Wide Out Core. (AP)

The Wisconsin defense will also have to put a stop to the Huskers rushing attack that struggled against Purdue, but have otherwise been great this season. Quarterback Tommy Armstrong who has done a great job throwing the ball has been even better on his feet. He’s run for 380 yards, and six touchdowns. Senior Running Back Terrel Newby has had a great season running for 511 yards, good for an average five yards a carry, and four scores.

Now the question is how and will the Wisconsin defense contain all the Husker offensive weapons. Well they certainly can. Will see if they are able to do so on Saturday. The Badgers have the 4th best defense in the entire nation allowing just 14.3 yards a game. They rank 9th in stopping the run, and 29th VS the pass. With a solid run stop defense look for Nebraska to throw and throw often with all of their wide outs. That means the key for the Badgers will be keeping Tommy Armstrong in the pocket which is no easy task. T.J. Watt brother of former Badger and  three time NFL Defense Player Of The Year J.J. will be a key factor for the Badgers he has 10 tackles for a loss this season seven of those sacks. If Watt and company can get to Armstrong Wisconsin’s defense could really shutdown the Husker offense.

A big game for T.J. Watt would really boost the Badgers chance at a win Saturday. (AP)

Now for the Blackshirt defense. Nebraska’s defense has made amazing strides this season. After a 2015 where the Huskers defense was among the worst in College Football History Nebraska now has the 19th best defense in the nation allowing just an average of 17.7 points a game. The Huskers rank 24th best at stopping the run, and 55th VS the pass. Wisconsin’s offense isn’t exactly great. They rank 95th in the nation out of 128 in total offense. The Badger rushing attack ranks 74th best, while the passing attack is ranked 90th.

This makes things very interesting. Nerbaska’s pass defense hasn’t exactly been amazing but does have some ball hawks in Corners Chris Jones, and Josh Kalu, and Saftey’s Nate Gerry, and Aaron Williams who both have four picks this season. The team is tied for 5th in interceptions this season with 13 as a team. The team also has a fumble recovery giving the Husker defense 14 turnovers as a unit. The Badgers plan to use a two Quarterback offense with Bart Houston back from injury. Out of his 48 passes this season he has two picks. While second Quarterback Alex Hornibrook has more picks than touchdowns throwing six picks, and five touchdowns in 68 attempts this season. This means that the Badgers will go to the ground offense despite the fact Nebraska does better with the run than the pass.

Badger running back Corey Clement has 617 yards on the season, averaging 4.3 yards a carry, scoring six times. The Badgers love giving the ball to Clement and that shouldn’t change even with the match up being a tough one for Clement on paper. Look for D Linemen Kevin Maurice, Freedom Akinmoladun, and Ross Dzuris to play important roles for the Blackshirt defense.

Prediction: Wisconsin has taken the last three match up’s between the two teams. The last Husker win coming in the 2012 regular season. However last year Nebraska only fell one point short of Wisconsin. This year both teams are among the best in the country making this battle perhaps the most important, and intriguing one between the two programs other than maybe the blow out Wisconsin win that was the 2012 B1G championship game since Nebraska joined the B1G in 2011. This match up on paper is so even. The Huskers clearly have the better offense, but Wisconsin has such a good defense which will make this one a huge challenge for Tommy Armstrong and company. The Badgers offense however is not very good and almost all of their games have been low scoring the most points they have scored all season was 54 VS Akron other than that their high is just 30 points. With Nebraska posing a very good overall defense with a great run stopping defense that may force the Badgers to throw the ball which hasn’t been good for the Badgers. All in all this game will be very tight which bring us to who is the better Fourth Quarter team. Wisconsin is pretty good in the 4th out scoring opponents 39-27 good for a +12 point differential. No team has better in the country in the Fourth Quarter than the Nebraska Cornhuskers. They have outscored opponents 88-17 a + 71  point differential. That’s why I see this one going the Huskers way. A win in Madison would virtually end the B1G West race as Nebraska would have a three game lead on the West and own the tie breaker over Wisconsin. Even if the Huskers lose to Ohio State next week they’d be desistant for Indy to play for a B1G title with a win in Madison Saturday. Yes folks, The Huskers will be 8-0 after Saturday. (Bruce Thorson-USA TODAY Sports)