Lincoln- Nebraska Cornhusker football each and every year is given sky high expectations from their fans. One of the richest programs in football Nebraska has won five national titles and ranks in the Top 10 in total wins. Fans are like no other at Nebraska selling out Memorial Stadium in Lincoln 350 straight game days. A year ago Nebraska football had questions to respond to. First year Mike Riley’s Husker squad won just six games after a 5-7 regular season and a win in the almost meaningless Foster Farms Bowl. Almost a year later Nebraska is already back among College’s best football teams. Four weeks into the new season the Huskers are ranked #15 in the nation, are unbeaten at 4-0, took down a ranked Oregon team at home, and is 1-0 in Big 10 play after beating rival Northwestern Saturday on the road. Well if you want to call it a road game. The crowd at Ryan Field was nearly all dressed in Red. The Huskers are in position to win a Big Ten West Title if they can knock off Wisconsin later in the season, and prevent being upset by teams like Illinois, Indiana, Maryland, Purdue, and Minnesota. This Husker team seems special nothing at all like last year’s and here’s some reasons why:

A Much Improved Tommy Armstrong

Senior Quarterback Tommy Armstrong has been outstanding in 2016. In his Junior season Armstrong was not very reliable. He threw 22 touchdown passed with 16 interceptions with a passer rating of 128.6 on the ground Armstrong ran for 400 yards for seven touchdowns. Just four games into 2016 Armstrong has 281 yards almost 3/4 the total yards he gained in 12 games a season ago. He has thrown 8 touchdowns, with just one pick good for a passer rating of 153.4 much improved. Having a solid Quarterback in a very good Big 10 conference his crucial and Armstrong has been one of the best in not just the Big 10 but the nation thus far in 2016. Tommy Armstrong has saved his best football for his senior season.

Nebraska’s defense ranks 62nd in the nation in points allowed not great but above average. The defense has some ball hawking members in the secondary led by senior Captain who has 11 picks in his college career and is one of the hardest hitters in the nation. The defense has done a solid job shutting opposing running backs down. The Blackshirts held Northwestern star running back Justin Jackson to just 79 yards a week ago and will look to continue the good work throughout the season.

Nathan Gerry the leader of the Husker defense.

The Huskers have so many threats at the Wide Out position that it’s easy for opposing defenses to lose track of who they will have to cover. Jordan Westerkamp, Brandon Riley, Alonzo Moore, Stanley Morgan, De Mornay Pierson El along with tight end Cethan Carter are all very very quick, have good hands, and are very good route runners. With Tommy Armstrong playing good football this core of Wide Outs becomes even more dangerous. 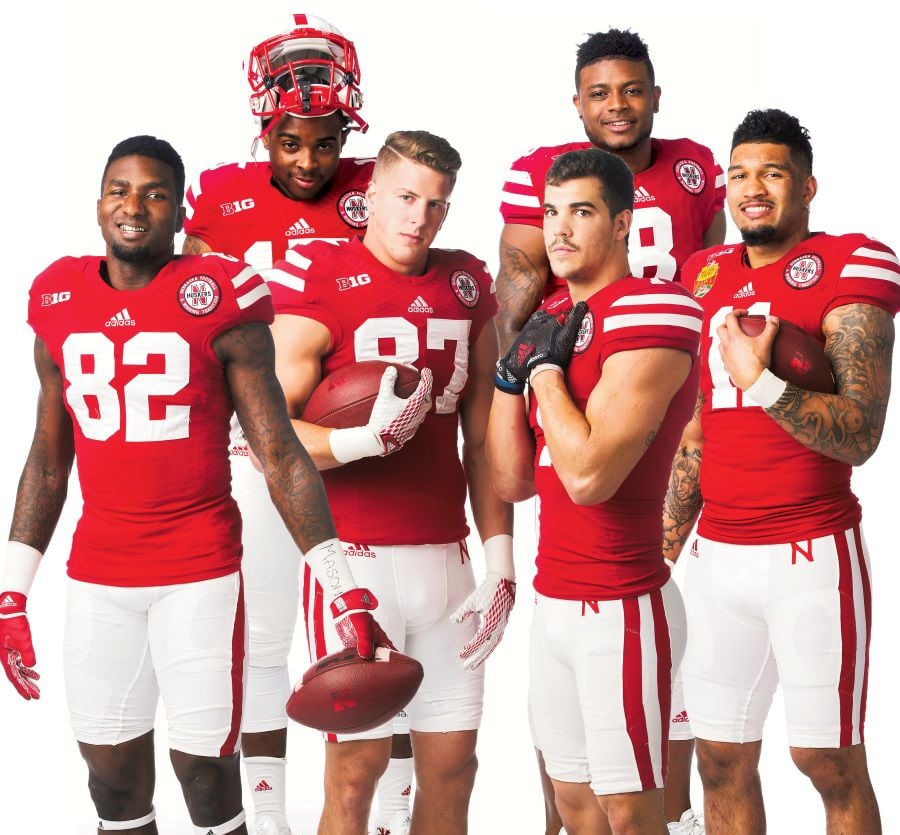 There’s no place like Nebraska. 350 straight sell out crowds makes Memorial Stadium one of the hardest road tasks for anyone challenging the Huskers to win at. These fans also travel. Northwestern was a sea of red on Saturday and expect the Husker fans to travel to all the other Big 10 road games like they always do to help cheer Big Red to Victory.

Nebraska fans make Lincoln a hard place to get a W for road teams.