The Browns season thus far summed up in one picture..(AP)

Cleveland OH- Oh dear this year hasn’t been fun for the Browns thus far….. They have kicked the season off 0-7, have had to play SIX (yes six) different starting Quarterbacks Robert Griffin the third, Josh McCown, Terrelle Pryor, Charlie Whitehurst, Cody Kessler, and Kevin Hogan have all played QB in just seven games due to injury after injury. The Browns also simply can’t stop anyone on defense to make matters worse. The question I pose is will the Browns win a game? Let’s take a look at the stats and remaining schedule.

Robert Griffin the third went down for the season on opening day which began the Browns 2016 QB carousel. (Photo by Mitchell Leff/Getty Images)

So far the Browns with their six different Quarterbacks only have three guys they must be happy with on the offensive side of the ball. Running Back Isaiah Crowell, Quarteraback turned Wide Out Terrelle Pryor, and Joe Thomas the best offensive linemen in football. Crowell is averaging an amazing 5.2 yards a carry, and already has 495 yards and four touchdowns. Pryor in his first season as a Wide Receiver has 35 grabs, for 431 yards and three scores. Those are the positives now let’s take a look at how the Browns offense stacks up as a team with the rest of the NFL.

The good well their tied for 13th in the NFL in total yards a pretty solid mark, and seventh in the NFL in rushing offense not bad…..  Well here’s the ugly they average 18.6 points per game 27th in the NFL, they rank 18th in passing offense with Six Quarterbacks chipping in to get them to that 18th mark. Those are not good numbers at best the Browns are a below average offense.

Now we look at the defense and yikes…. They’ve allowed the 2nd most yards in the NFL which has them ranked as the number 31 defense in the NFL, Their pass defense ranks 30th, run defense 31st, and 31st in points allowed. It’s almost impossible to win games without a defense capable of stopping anything. That’s the type of defense the Browns have.

The Browns defense hasn’t been able to stop anyone this season. (Mitchell Leff/Getty Images)

The Browns first seven losses came at the hands of the Eagles, Ravens, Dolphins, Redskins, Patriots, Titans, and Bengals. It is safe to say the Browns have played some really good teams but the question is will they win a game. Here is their remaining schedule: home VS the Jets, home VS Dallas, at Baltimore, home VS Pittsburgh, home vs the Giants, a week 13 bye, home VS Cincinnati, at Buffalo, VS San Diego, and finally at Pittsburgh.

Here are the games where the Browns simply have no chance: Home VS the Cowboys, both match up’s with the Steerlers, Home VS the Giants, Home VS Cincinnati, and at Buffalo.

That leaves the Jets, Ravens, and Chargers as the teams the Browns could possibly beat. They will host the Jets this coming Sunday. New York (2-5) has turned the ball over more than any other team in the NFL, but are coming off a solid win at home against Baltimore. The Jets do have Brandon Marshall, and Matt Forte the Browns have no one to stop those two. Jets win.

In week two the Browns opened up a 20-0 lead on the Ravens. Only to see it disappear as they lost 25-20. The Ravens have dropped four in a row after starting the season 3-0. With the game in Baltimore however I just can’t picture the Browns winning.

That leaves the Chargers. Well the Chargers just beat the Broncos, and Falcons back to back including a ten point comeback in Atlanta. There goes that the Browns are going 0-16….. At least the city of Cleveland can say the Cavs won the finals, and the Indians are in the world series. 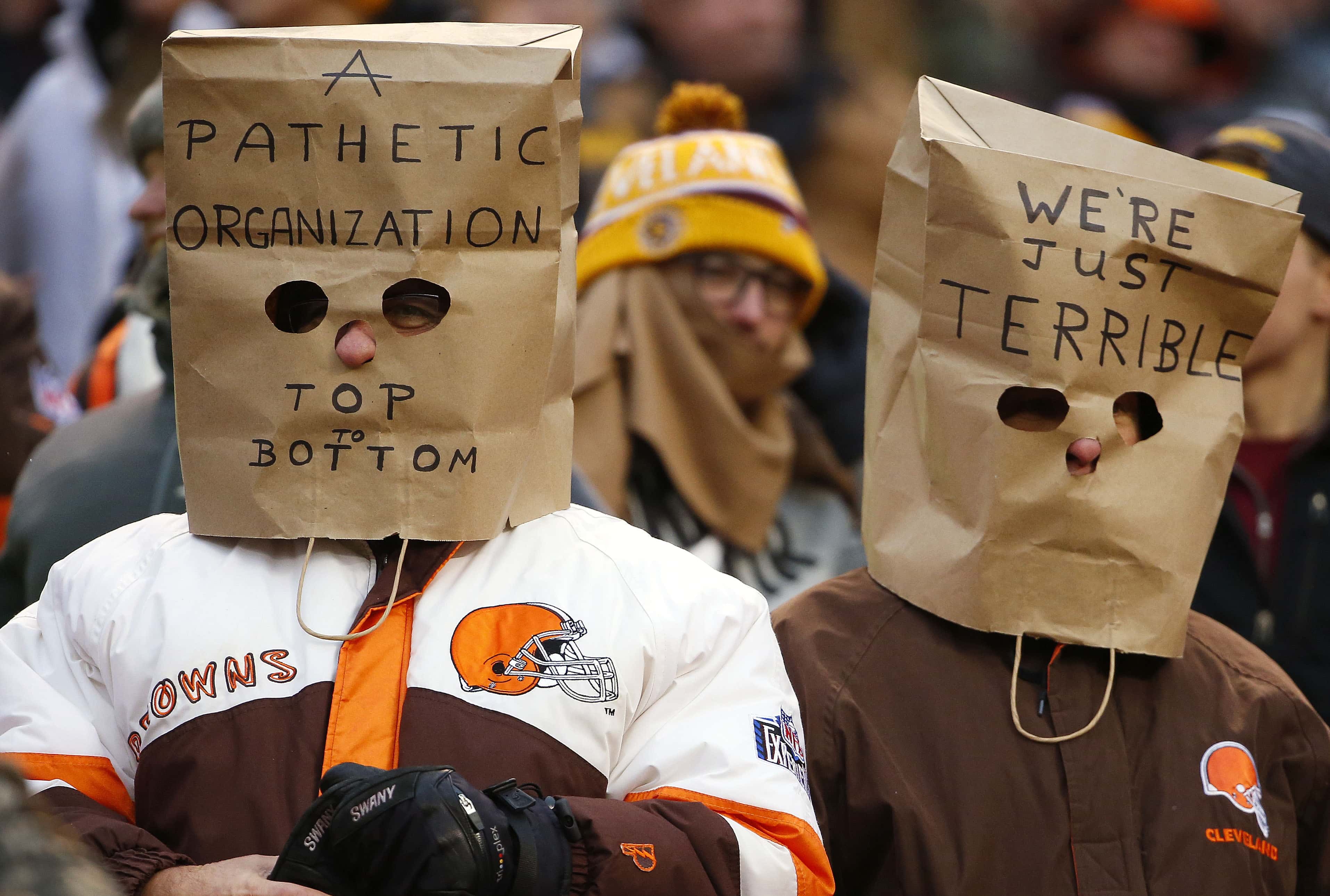