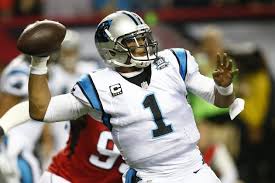 For the second game this Sunday the 13-3 Cardinals will be heading to Carolina to play the 15-1 Panthers. Both teams looked a little off to end the season when the Panthers suffered a surprising loss in week 16 to the Falcons and when the Cardinals suffered an embarrassing defeat to the Seahawks. In both of these losses the two teams looked as if they couldn’t accomplish anything offensively. As a result, last week was the week for both teams to show that their two horrible losses were just flukes and both teams did positive and negative things. On the positive side both teams won. For starters, the Panthers had an amazing first half against seattle in which they scored 31 points. In contrast, the Cardinals started off behind, got the lead, lost it to an amazing Aaron Rodgers hail mary, then won the game. While the Panthers had an ugly second half, they were completely dominant in the first and won their game much smoother than the Cardinals did. For a one on one matchup however this will be a very interesting game to watch. Two great quarterbacks versus two great defenses. What more can you ask for? In this game look for Ted Ginn Jr. and Corey Brown on the Panther’s side to make some big plays. As for the Cardinals, Larry Fitzgerald will probably have a great game, but odds are it most likely won’t be enough. The Panthers are home which is a good advantage and while the Cardinals could pull off a great win, I would be much more comfortable picking them if Tyrann Mathieu were healthy.