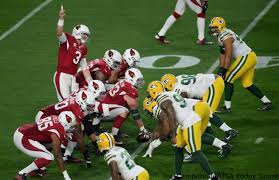 The first NFC game of the weekend will be a week 16 rematch between the Cardinals and the Packers. From the previous game both teams probably learned a lot and will most likely approach the game a little differently. One example of this will be how the Packers deal with David Johnson. Last game the Packers matched him up with a linebacker and it didn’t go so well for the Packers who let up an easy touchdown to Johnson. Another thing that could be done to help the Packers is for Clay Matthews to make a greater impact on the game. Last time the Packers and Cardinals played, Matthews managed to hit a quarterback and that was it. As for the Cardinals, they admit that the Packers probably weren’t playing their best in their matchup and the odds of another blowout will probably be very slim. Also, the Cardinals took a heavy beating from Seattle to finish the regular season proving that either team didn’t have the best ending to their season. In the end, the Cardinals are heavily favored to beat the Packers again. This game will most likely come down to whether or not the Packer’s defense can create turnovers so that Rodgers can make some big plays. However, the Cardinals have been such a dominant team that while this game probably won’t be a blowout, the Cardinals will still probably walk away with a victory. 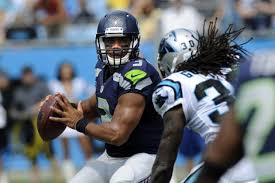 The second NFC game this weekend will be between the Seahawks and the 15-1 Panthers. While the Panthers just got an entire bye week, the Seahawks just had to suffer through what was probably one of the strangest games in NFL history. Another thing that the Panthers have going for them is that they have already proven that they could beat the Seahawks in week 6. In this game the Seahawks were in control for the most part, however Cam Newton was able to rally the Panthers to a 27-23 victory. While many believe that a 15-1 number 1 seed team should easily be able to beat a number 6 seed team, the Seahawks have changed a lot since the start of the season and are seeking a third consecutive Super Bowl. Another thing about the Seahawks that the Panthers should worry about is the return of Marshawn Lynch who hasn’t played since November. Lynch has always been one of the most impactful players and he will surely have a large impact on this game in Carolina. The dilemma of who the better team is is best described by receiver Ted Ginn Jr. when he said, “We’re similar. Both have top-five quarterbacks, top defenses in the league. The running games are about equal.” It seems like the two teams are comparatively equal, however many give the edge to the Panthers simply because of their 15-1 record over the 10-6 Seahawks. The Panthers however have actually had a fairly easy schedule and even though they beat the Seahawks in week 6, the Seahawks have arguably been one of the best teams in the second half of the season. This season the Seahawks were ranked the #2 defense overall under the Broncos and they were ranked the #4 offense in the league while the Panthers were #6. Both teams seem really close, however I believe that the Seahawks are actually the better team and have the ability to defeat the Panthers on the road in a big game.