The NFL is back! With a new season set to kickoff Thursday Night it is time to see who will be starting off the season 1-0.

In a Super Bowl rematch both the Panthers and Broncos bring back two of the best defenses in the NFL. Carolina still has their franchise Quarterback however while Denver will start second year man Trevor Semien set to make his first career start for the defending champion Broncos. Cam Newton may have won MVP a year ago but he could not solve the Broncos defense and I just don’t think he will be able to in Week 1. Few points will be scored but I like Denver starting their title defense at home coming out with a win. The young Bucs read into Atlanta in a game that should be a shoot out. Neither team pose strong defenses but have dangerous offenses. Matt Ryan and Jamies Winston will combine to throw a lot of touchdowns but in the end I like the home team getting the Week One win. The Falcons often get off to hot starts to start the season and I see them doing that with a win over Tampa Bay in Week one. A lot of points will be scored in the Georgia Dome Sunday.

This game is truly a toss up. The Bills are coming off a .500 season where they finally found their franchise Quarterback in Pro Bowler Tryod Taylor and continued to play great defense yet still were unable to put together a winning season. The Ravens are coming off a rare lost season as the team suffered injuries to so many of their key players including Terrell Suggs, Steve Smith SR, and Joe Flacco. The Ravens now healthy should be back in the AFC Playoff race this year along with the Bills. This game could go either way but no matter what it should be a low scoring affair and I’ll take the home team to get the win. Ravens in a very well played, close football game.

Look out NFL the Ravens are back!

Both the Bears and Texans re loaded this off season. The Bears really re built their defense the biggest additions being Linebacker Danny Trevathan, and first round draft choice Defense End Leonard Floyd. If Jay Cutler can work on the success he found last season the Bears should have a better season than the past few years. The Texans who already have the best defense player of the game in J.J. Watt along with a strong unit as a whole have a whole new offense. A new Quarterback in Brock Osweiler, Running Back in Lamar Miller, and Second Wide Out in Rookie first rounder Will Fuller. In the end this is going to be a fun game to watch but Houston is probably going to be to much to handle for the Bears on the road.

The new look Texans are ready for takeoff.

One of the best match ups of the week will take place in the Meadowlands with the Jets set to host the Bengals. The Bengals have made it to the postseason every year since 2011 yet have gone one in done each year. That doesn’t make them a bad regular season team however. The Bengals are strong on offense and defense and should have a very good season. The Jets team they will take on has one of the best defense front sevens in the NFL and with a wide out duo of Eric Decker and Brandon Marshall the offense can light up the scoreboard when Ryan Fitzpatrick is on his game. In this one I am going to take the road team. I think the Bengals are a little too much for the Jets right now. However the Jets will make noise in the AFC this season without question.

Andy Dalton is back and ready to lead the Bengals to another big season.

Yikes……. This game is going to be ugly. Two of the weakest teams in the NFL are set to meet in Philly. Rookie Carson Wentz will get the start for the Eagles after the sudden Sam Bradford trade. Wentz the number two pick in the draft hopes to show doubters he is the real deal but after missing almost all of the preseason due to injury he may be a bit rusty. As for the Browns the Robert Griffin III era is here. How long will it last is the question? Can RG3 finally be the Browns franchise Quarterback we shall see. This game isn’t going to be very fun to watch as these very well could be the worst two teams in football but I’ll go with the home team in an ugly game full of turnovers.

Carson Wentz will be this games main attraction.

The Jaguars come into 2016 with playoff expectations for the first time since 2007 when the Jags last made it into January. They however have a huge test right off the bat in Aaron Rodgers and the Green Bay Packers. The Packers with a stronger defense this season, and a high scoring offense should be a great team and are clearly the NFC North favorites with Teddy Bridgewater out for the season in Minnesota. This game will be a good test for Jacksonville and I expect them to play well but not win. Green Bay is just too much for the very young Jaguars. Aaron Rodgers and the Pack will march into Duvall on Sunday.

The Vikings were a team many were picking to play in the Super Bowl. Then Teddy Bridgewater tore his ACL in practice…. The Vikings did trade for Sam Bradford but won’t start him week one because he has to learn the playbook. Shaun Hill will lead the Vikings into Tennessee a team that finally improved it’s running game and offense line this off season. Despite coming off a 3-13 season there is a lot to like about the Titans. Marcus Mariota looks legit, Derrick Henry ran over everyone in the preseason, and the defense can play. The AFC South is wide open and the Titans can compete for a playoff spot. With all of that being said I like the Titans to take advantage of a banged up Viking team winning the football game at home. Marcus Mariota is ready for his second year as a pro.

With the Broncos having major Quarterback questions the AFC West is wide open giving San Diego and Kansas City hope in 2016. The Chiefs may be the team to beat in the AFC West. With the AFC’s best home field advantage and a very strong defense, and offense with serious potential the Chiefs already coming off an 11 win season where they went on a 10 game winning streak to make the playoffs may be even better. San Diego however has always given the Chiefs fits and just two years ago made a playoff run of their own. The Chargers finally patched things up with third overall pick Joey Bosa who should really help improve their weak defense from a year ago and help the team improve upon a four win 2016. The Chargers simply are not on the Chiefs level however and will have a hard time doing anything in this Week One match up even with a great Quarterback like Philip Rivers. Chiefs win here. 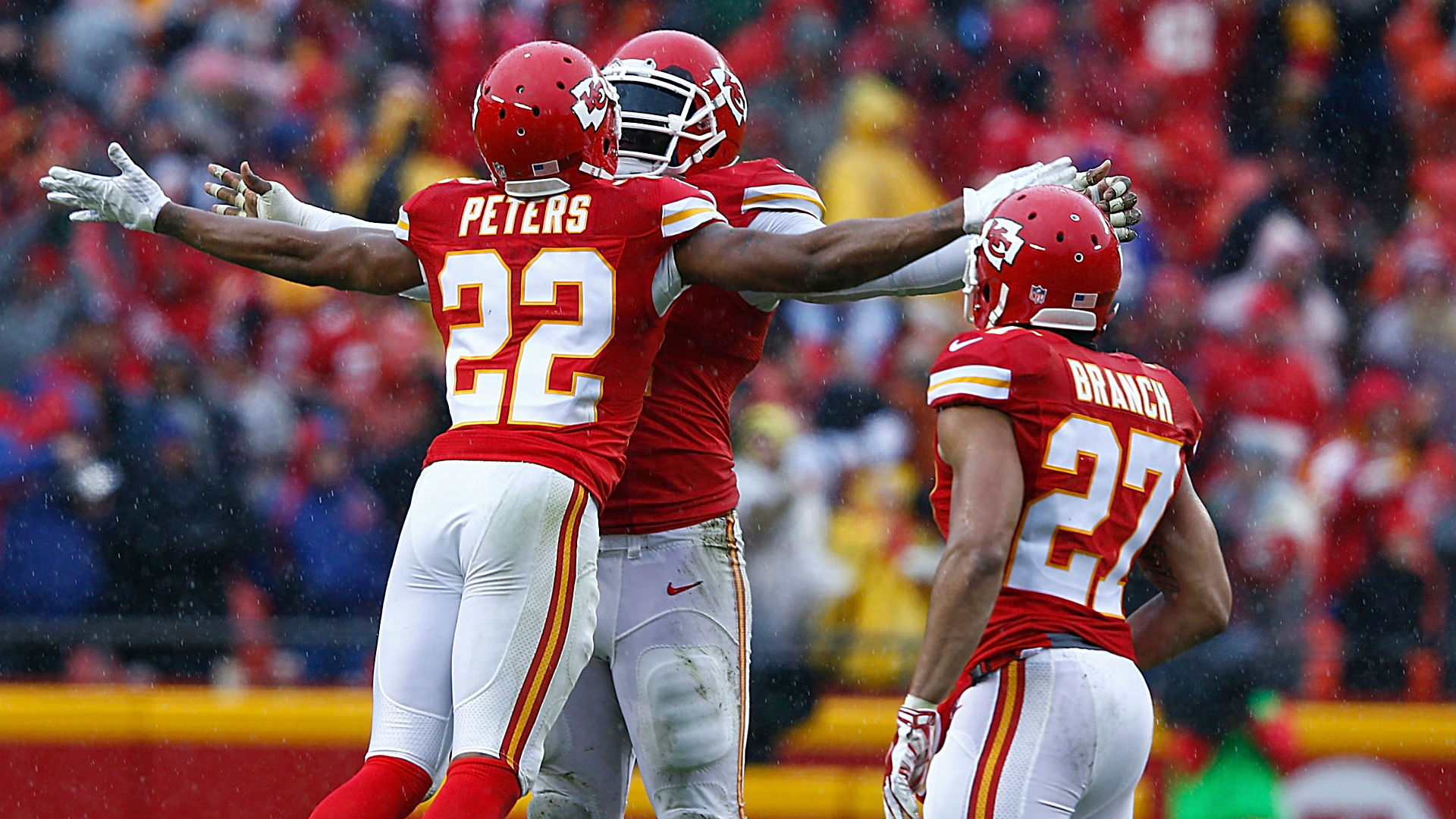 The Chiefs look to make 2016 a big one starting Sunday at home VS San Diego.

The Saints have the worst defense in the NFL. It’s looking terrible and it’s hard to be worse than it was a year ago but it may just be worse. With Derek Carr, Amari Cooper and the high scoring Raiders offense coming to town the Saints are in trouble. Raiders should easily handle the Saints.

Blowout of the week prediction? Here’s mine Seattle is going to dominate in this Week 1 Match Up down in South Beach. Miami simply isn’t good enough to even compete with the Seahawks top defense, running game, and will not be able to touch Russell Wilson. The Seahawks may even shut the Dolphins out…. Seahawks in a game where Dolphins fans will need to wear a blindfold.

Russell Wilson is ready for his fifth season in the NFL and will look to get a quick W in Miami Sunday.

The Dak Prescott era begins at Jerry World with the Giants coming into town to take on their NFC East Rival Cowboys. Tony Romo being out is going to hurt Dallas. With rookies starting at Quarterback and Running Back the team may go through some growing pains even with a dominate offense line. The team lacks any sort of pass rush. Greg Hardy is out of the door, and Randy Gregory is suspended. That’s going to give two time Super Bowl Champion Eli Manning plenty of time to find Odell Beckham JR, Sterling Sheppard, and even Victor Cruz. The Giants have so many weapons and with a new look defense that played lights out in the pre season the Giants are the team to beat in the NFC East and should finally win in Week 1 it would be their first Week One win since 2010 the first game at Metlife. OBJ will lead the Giants into Dallas the team he made he made “The Catch” against in 2014.

A match up  of two teams in the middle of reboots the Lions will come into Indy looking to prove they can be a threat in the NFC even without  Calvin Johnson. The Colts on the other hand will look to show the AFC South that they are the team to beat in that wide open division where all four teams have a good chance of winning. The Colts are praying Andrew Luck returns to his 2014 form that led the Colts all the way to the AFC Title game while the Lions hope their defense can take the next step, and Matt Stafford can survive without Megatron. This game isn’t the sexiest match up but could a fun one to watch as these teams are very even. I like the Lions to pull out the road win.

Matt Stafford and Andrew Luck both have a ton to prove entering 2016.

The Cardinals march into 2016 as the team to beat in the NFC. With such a balanced roster the Cardinals are ready to fly. The Patriots will be ready to fly but not till Week 5….. No Brady=No chance against a great Cardinals team. The Cards will win big on Sunday Night Football and make Patriot fans beg for Brady back a few weeks early (which of course won’t happen). The Cardinals are ready for a huge 2016 which begins at home Sunday Night.

The Steerlers and Redskins are both coming off playoff seasons but the Steelers are the much stronger team. The Redskins should be a threat in the NFC East but aren’t true title contenders like Pittsburgh and I expect to see that when these two teams lineup against each other under the bright lights Monday Night lights.

The Steelers look to beat up on the Redskins Monday Night.

In the last game of Week 1 the Rams and 49ers will battle in Santa Clara and Colin Kapernick will never need to stand up as he is the backup Quarterback and still won’t rise for our nation’s anthem. On the field the Rams defense should have a field day with their scary good D Line going up VS the 49ers lack of an O Line. Rams win big here.

Todd Gurley is ready to run through the 49ers defense.