FOXBORO- After four weeks of banishment from the National Football league, Tom Brady is finally eligible to return from his suspension. Though he has spent the last month with his family, on vacation with his wife, and other activities normally reserved for the off-season, Brady has always prioritized football and surely cannot wait to get back out on the field with his teammates. In the past he has said:

“Maybe some people can wake up and play PlayStation all day, but that’s never been me.” -Tom Brady

As much as Tom Brady needs football, football needs him. The Patriots in his absence have gone an impressive and somewhat surprising 3-1. Such a record is truly a testament to the greatness of Bill Belichick and the ability he has to succeed with any roster, and any quarterback. Going into the season it looked like it would be Jimmy Garappolo taking over the reigns while Brady was suspended. However, after playing well in an upset victory on the road against the Arizona Cardinals and giving the team a 21-0 lead in the second quarter against the rival Dolphins, Jimmy G went down with an injury that would prevent him from starting either of the next two games. It was the rookie, Jacoby Brissett, former NC State quarterback and 3rd round pick this spring that would be given the keys to the offense. With that new role, and a genius adaptation of the playbook by Belichick and offensive coordinator Josh McDaniels, Brissett would lead the Pats to victory against the Houston Texans, with a little help from his defense which thew a shutout. However, this past week it was clear that the Patriots needed Brady back at the helm. After playing well in his debut, Brissett and the Patriots’ offense was unable to muster any momentum against a staunch Bill’s defense and Rex Ryan’s crew was able to shutout the Patriots at home for the first time since 1993.

There have been positives throughout the season thus far including current team MVP LeGarrett Blount who is currently third in the league with 352 yards and 4 TD on just 88 attempts. He has certainly helped to carry the offense in Brady’s absence, especially while Brissett was in the game. A few newcomers have burst onto the scene including new tightend Martellus Bennett who paces the receiving corps with 247 yards and a touchdown with 15 catches and defensive end Chris Long who has a sack and a fumble recovery to go with 11 tackles thus far. Although early in the season, these look like quality pickups. 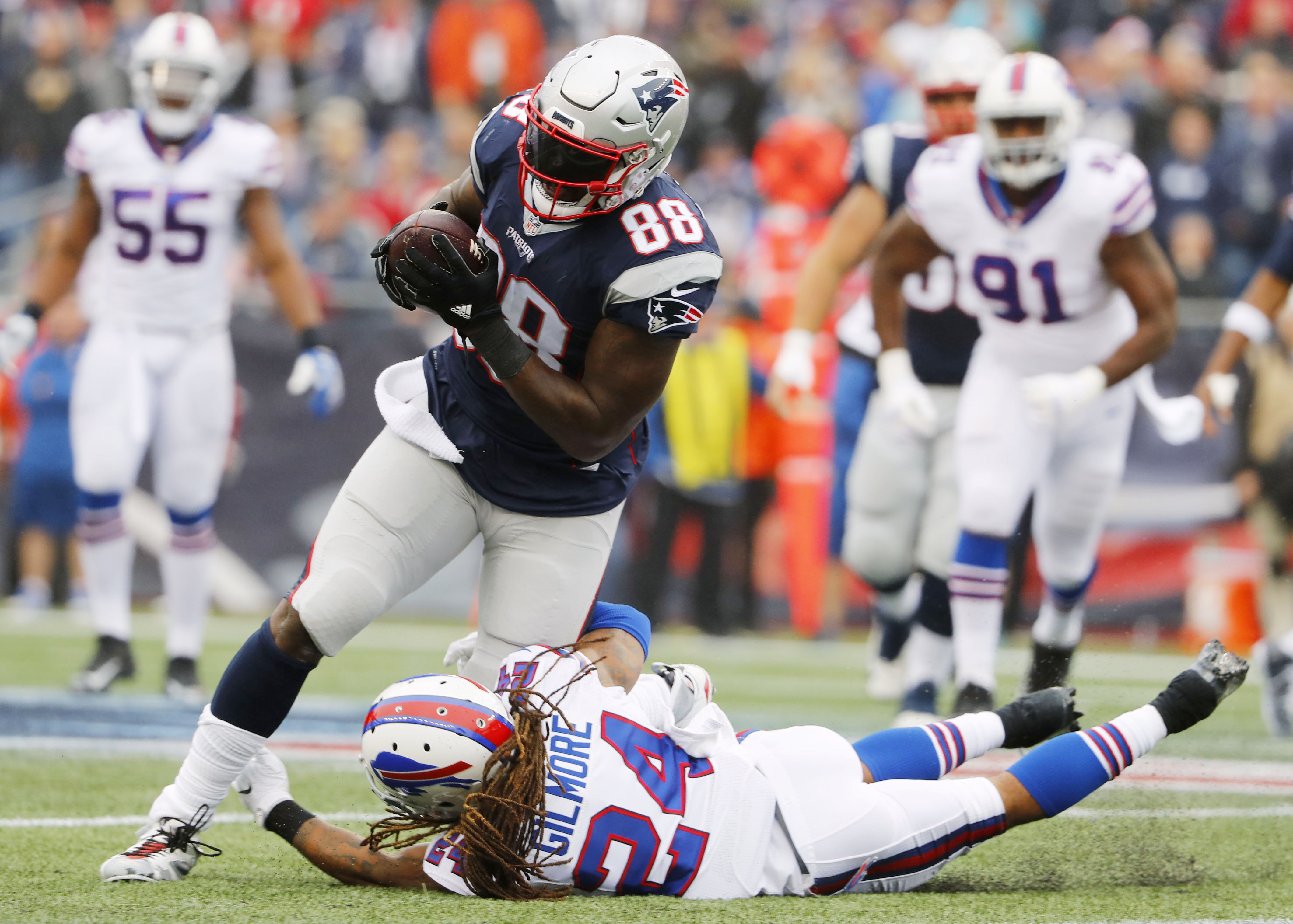 Martellus Bennett (#88) had 5 receptions for 109 yards in Sunday’s 16-0 loss to the Buffalo Bills.[www.patspulpit.com]

However, it is the return of Brady that gives the most hope for the rest of the season. Although the record of 3-1 looks impressive, week 1 against the Cardinals was won off a missed field-goal at the end by Arizona, and week 2 was almost a disastrous comeback. However, with Brady in control, the questions around who will play quarterback, the connection with receivers and the chemistry across the team will be greatly improved as they will not only have their star quarterback back, they will get back their captain and leader.

Brady will look to get off to a good start as he faces the Cleveland Browns, one of the lowest ranked defenses in the league. After that he faces the Bengals, Steelers, Bills, and Seahawks. All tougher match-ups, but with Brady, the Patriots look primed to build off their early season success.