Positions in table after match:

Arsenal showed their class to come from behind and beat the league-leaders, Leicester. But, credit to Leicester for first going up 1-0, but also conceding only 1 goal with 10 men until the late winner from Welbeck. Although some of these are skewed by Simpson’s red card 54th minute, Arsenal dominated possession, maintaining almost 3/4 throughout. They also had 7 of 21 shots on target to a mere 2 of 4 from Leicester. This could easily be the win that sparks Arsenal to a fight for the title after finally bouncing back fully from a poor run of form. This come from behind thriller could have very well shifted the Gunners into a new gear as they look to over take Tottenham in 2nd, who are only ahead in goal differential. Overall good performance from Arsenal, but can they continue this form?

Cech: 7- Couldn’t do much about the penalty, made a great save on Vardy’s header

Bellerin: 6- nice cross before equalizer, but not his best performance

Mertesacker: 5- caught out often before red card, solid after

Koscielny: 5- liable for build up to Vardy’s penalty, also booked and subbed off early

Monreal: 6- partially responsible for penalty, booked, but threatening on counter

Coquelin: 6- booked, first league start since injury, not at his best

Ramsey: 5- great work rate, but shooting was a struggle

Oxade-Chamberlain: 6- not a help on the wing, but played some nice passes when he moved centrally

Alexis: showed some flare, but not in his best form

Giroud: 6- average finishing, but beautiful layoff header to Walcott for the first

Chambers: 7- filled in the center half role well for the majority of the second half

Walcott: 7- provided the splitting pace for Arsenal in addition to his goal to even the score

Welbeck: 7- played well as another big, strong, and tall forward, nodded on a beautifully clipped Ozil free kick to win the game 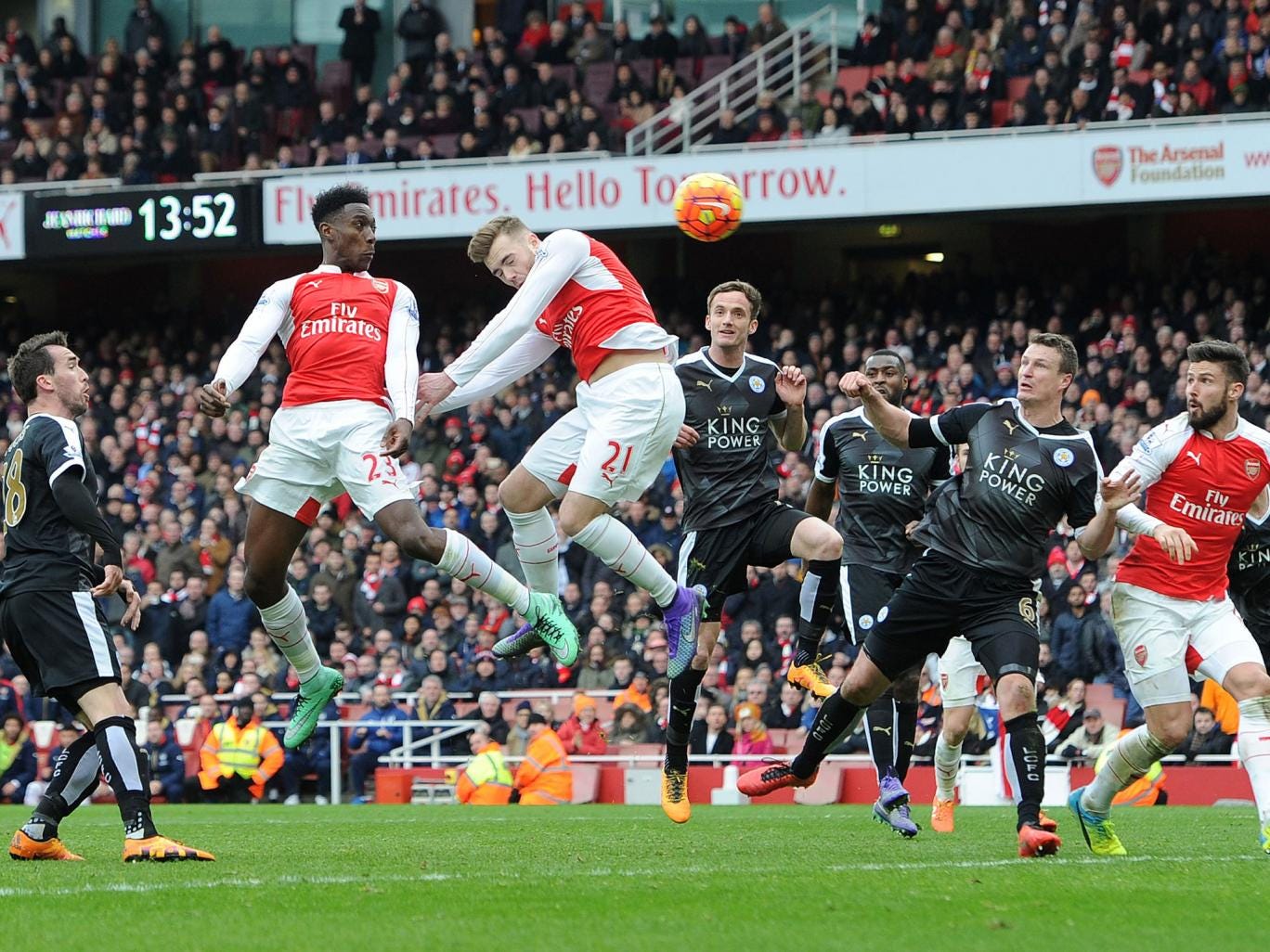 Welbeck gets a fleeting touch on Ozil’s free kick to win Arsenal the game vs. Leicester City