Lazio got back on track with a convincing win, maintaining the majority of possession, and knocking in an enormous 5 goals. The defensive display was not as convincing thanks to the relentless efforts of Verona’s attack. But, the defense of Hellas was what truly cost them. Scoring two goals is great, but its importance is diminished when they also concede 5. Overall an enticing game, as Verona pulled it back to 3-2 at one point.

Marchetti: 6.5- an adequate performance with some mistakes but some important stops

Konko: 7- did well keeping his side safe defensively, showed some attacking as well

Mauricio: 6- solid defensive game, but picked up a yellow

Hoedt: 5.5- was caught out too often on Verona’s attack, responsible for Toni’s goal

Lulic: 6- solid defensively, tended to drift to the center whilst attacking

Biglia: 6- continues to be a presence, needs to show his authority more often

Milinkovic: 6- struggled somewhat, but continued to try to find ways to break down the defense

Anderson: 7- bagged a goal which topped of an overall positive performance; hopefully will return to last season’s form

Matri: 7- played well, but seemed to waste chance in link up play until his goal

Keita Balde: 6- great contributions including a great volley as the fourth

Klose: 6- showed experience with his brilliantly timed cross to Keita 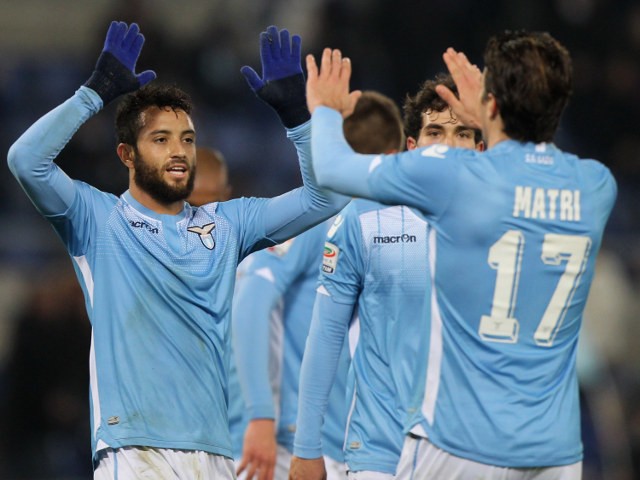