David Price has agreed to terms with the Red Sox on a 7 year, $217 million deal with an opt-out after 3 years [Charlie Riedel/Boston Globe Associated Press]

BOSTON- It was bound to happen eventually. Ever since Dave Dombrowski was signed, everyone knew his top priority was to find an ace. Every good team needs someone to lead their rotation, and David Price is among the top starting pitchers in the game. Having spent a majority of his career in the AL East between Tampa Bay and Toronto, Price is very familiar with the ballparks, players, and teams. This all came into account when the Red Sox decided to offer him the largest contract in team history making him among the top paid players in the game. The deal goes for $217 million over 7 years. This shows a great change in their philosophy from two years ago. At a similar age and experience level, and with two World Series rings, Boston’s initial offer to John Lester was 4 years $70 million. Times have certainly changed, and in many ways for the better.

This move puts the Red Sox in a great position this off-season. The front office has successfully acquired an all-star closer, ace pitcher, and depth or platoon outfielder. In terms of future moves, this prompts at least one trade. The members of the rotation previously included: Clay Buchholz, Eduardo Rodriguez, Joe Kelly, Wade Miley, Rick Porcello, and Henry Owens. That alone was two many people. Adding Price to the mix will prompt a trade of at least one if not more pitchers. Clay Buchholz is signed to a reasonable salary deal at $13 million. He’s a potential, though unlikely, candidate to be moved. The same is true for Wade Miley and Joe Kelly. The expected return should be a combination of relief help and prospects. 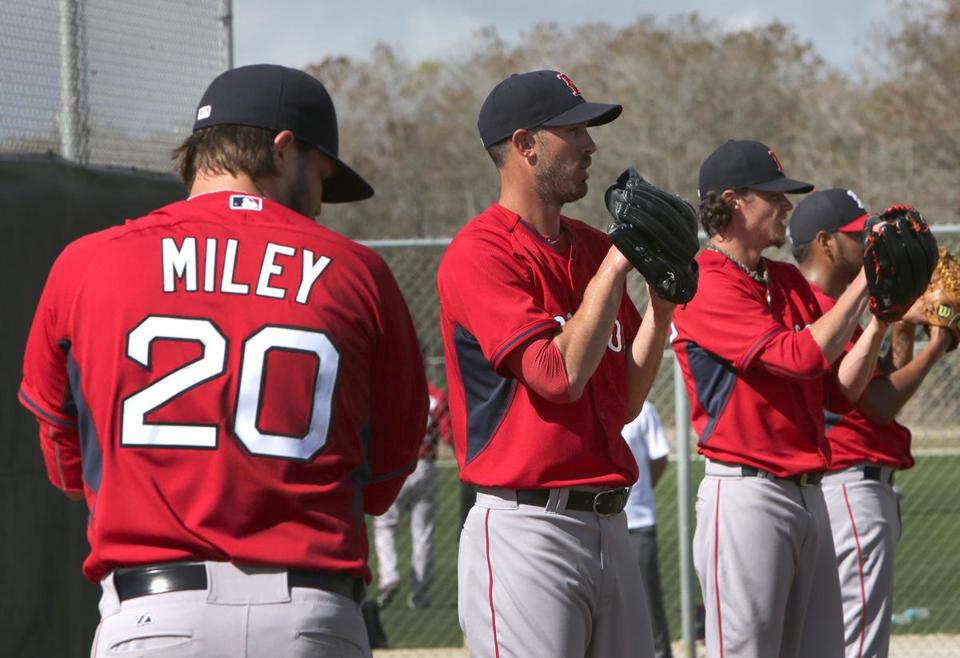 Boston’s pitching staff was in great need of turn-over after a second straight last place finish in the AL East. [Barry Chin/Boston Globe]

Boston’s main flaw in 2015 was the lack of an ace to lead their rotation. By acquiring a Cy-Young caliber pitcher in David Price, they have taken great steps to mitigate the issues which stemmed from their rotation. The next step for the Red Sox include evaluating whether Hanley Ramirez can be a major league first-basemen and finding more relief pitchers through free agency and trades. As many have said before, a team doesn’t win the World Series in the offseason. And while that may be true, Dave Dombrowski has definitely taken the necessary steps to get there.