Who are the top catchers in baseball? [David Klutho/Sports Illustrated]

The catcher position, often overlooked, ranks among the most important on the field. Catchers hold the responsibility of quality offense, defense, and increasing the effectiveness of a pitching staff. Only three catchers have won the MVP in the last 35 years, but many have been deserving. While some may say the current day catching has become relatively weak as many have changed position or are in the process to avoid injury and lengthen their careers, there is certainly still great value at the position. Today we look at the top five in the league.

Over the next couple of weeks we will be taking a look at the top five players at each position. Check back soon to see the next positions we rank. The basis for these rankings are offensive ability and statistics, defensive skills, and overall value to their ball club. 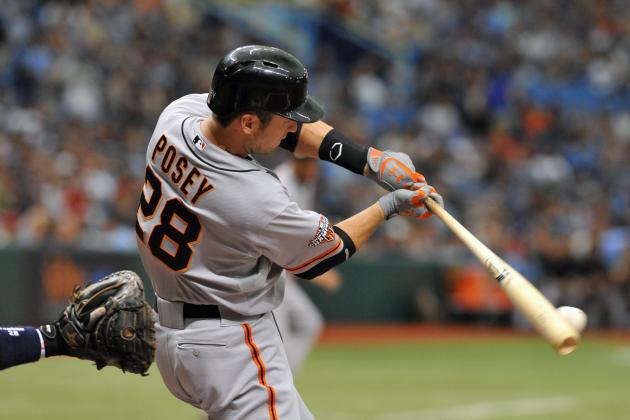 Buster Posey has long been considered the best catcher in the game. For years now, he has ranked far above the average catcher in both offensive and defensive ability. Posey is a former NL MVP, NL ROY, and 3 time World Series Champion with the Giants. That alone qualifies him as the best of the current catchers as far as the history books are concerned. However, in looking towards the 2016 season, Posey presents an interesting case at catcher. I mainly say that because it is not known how much longer he will be a catcher. His playing time at first base has greatly increased over the last two seasons in an effort to preserve his offensive prowess. But nonetheless, he is as of now still a catcher, and the best catcher at that. Last season his offensive numbers ranked among the best in the game. Posey bat .318 with 19 HR and 95 RBIs. These are right in line with his career averages and around what should be expected in 2016. With a revamped team in an even year, expect the Giants to go far and Posey to lead them there.

Coming in at number two on my list is Salvador Perez of the Royals. This high of a ranking for Perez may surprise some expecting to see him ranked lower in the top five. However, Perez is very well deserving of such high regard. At first glance, the numbers to not jump off the page. In 2015, Perez posted a .260 average with 21 HR and 70 RBIs. In the post-season he added 4 HRs and 8 RBIs. Again, these numbers aren’t eye popping. However, Perez has more value than that. Salvador Perez was awarded the World Series MVP last season and for good reason. For the last three season not only has he been an all-star but he has won the AL Gold-Glove award. While you can expect in 2016 to see around a .260 average and 20 HRs, Perez will bring the best defense, and true value to help his team win and lead them deep into the post-season once again.

Martin, like Perez, will not post amazing offensive numbers. He will, however, manage a pitching staff as well as anyone on this list. That is part of the true value Martin Brings to any ball club. Martin also possesses great defense, instincts, and a superb arm. Last season in Toronto, Martin saw his average drop from his great last season in Pittsburgh as his power improved. Look for the scale to balance out by him regaining some average at the expense of a few homeruns. Nevertheless, he is still a very valuable member of the Blue Jays. Despite their incredibly stacked offensive attack, in order for them to contend in a highly competitive AL East, Russell will need to keep the pitching staff at its peak, a tall order for any catcher. There is no controversy that Lucroy can be among the best catchers in the game, both offensively and defensively. However, there is question about whether he can return to form after essentially a lost season. In 2015, Lucroy only played in 103 games while dealing will one injury or another at nearly all points of the year. Posting a .264 average and only 7 HR and 43 RBIs, Lucroy succumbed to the injuries and the Brewer’s season did too. The narrative after 2014 was far different, however. In 2014, the Brewer’s catcher posted a .301 average, 13 HR, 53 doubles, and 69 RBIs. Those numbers ranked him near the top of catcher’s power rankings and the Brewers had a strong start to the season. Lucroy is now healthy and ready to return, but questions remain about his eventual effectiveness, and whether the Brewers will trade him. I predict that he will remain with the Brewers for now but not regain for form. Yet, despite this, he will remain a top catcher this season and see his average rise considerably. 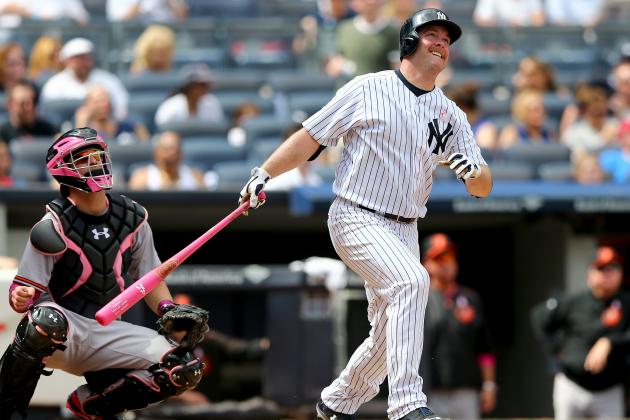 McCann is very worthy of a top five ranking. While he has yet to establish himself as a great on base threat in New York, he has been able to show off his great power. Last season, McCann posted a .232 average, with 26 HRs, and 94 RBIs. These numbers prompted him being awarded the AL Silver Slugger award. McCann has been a productive defensive catcher as well. Last season he had a .993 fielding percentage despite only 36% of attempted stolen bases. Catching runners has never been his strong suit, but he will look to not let his agility slip even further. While Mark Teixeira and Alex Rodriguez currently hold the first-base and DH positions, look for McCann to spend plenty of time at those two spots during the season to maximize his value.