Who is the best center currently in the NBA?

For the most part, the center position is not what it used to be just a decade ago.  In the early 2000’s and before, it was not uncommon to see big men be the focal point of a team’s offense, as demonstrated by players such as Shaquille O’Neal, Hakeem Olajuwon, and David Robinson.  These players were able to dominate the low block by using their footwork, post moves, and finishing ability to score over and around defenders.  In today’s game, there are very few players who still utilize the post-up.  Centers are now expected to consistently make shots from outside the paint, and occasionally from behind the three point line.  However, players who lack a low block presence seem to make up for it in other ways, whether it being through rebounding, defense, or athleticism.  So, while the majority of big men are not as proficient with the ball on the block, they have become more versatile than ever before: 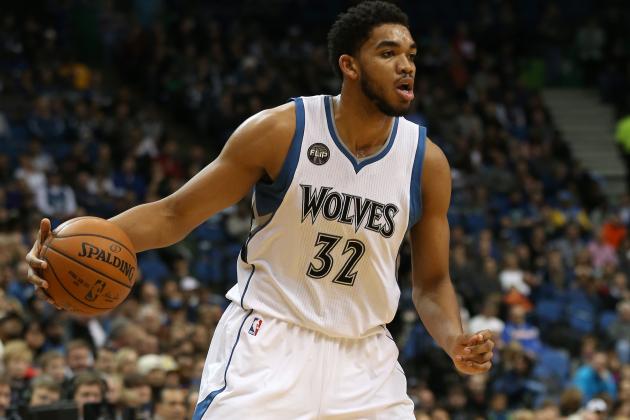 Destined to be 2015-16 Rookie of the Year, Karl-Anthony Towns has shown Timberwolves fans that in a few years, this is going to be a scary team to watch with the combination of Towns and Andrew Wiggins, who are both number one overall picks.  Even though Towns’s production is centered around scoring and rebounding, his performance has been impressive for a first-year player.  He is averaging a double-double along with posting an extremely high field goal percentage) which has led many people to believe that he has the qualities of a likely Hall of Famer at this early juncture in his career.  As a side note, Towns has gained the respect of multiple figures around the NBA due to his work ethic, humility, and willingness to learn.  This will only help him later on in his career, when he will most likely be the leader of a team.

Known for his shot-blocking ability and defensive presence, Hassan Whiteside has become one of the best “lane stoppers” the NBA has ever seen.  He averages  four blocks a game this season, along with recording four triple-doubles in the past two seasons– all featuring blocks.  This record of at least four triple doubles including blocked shots has only been matched by Dikembe Mutombo, Hakeem Olajuwon, David Robinson, and Shawn Bradley, all of whom but Bradley are now in the Hall of Fame.  Whiteside also plays a complementary role in the Miami offense, and can be a helpful floor-spacer for Chris Bosh and Dwyane Wade to create scoring opportunities.  Overall, even though Whiteside doesn’t post the most fantastic numbers, his defensive presence will help an aging Miami team in the playoffs, where his athleticism could be a crucial factor in helping the Heat to a deep playoff run.

Marc Gasol is known to have one of the highest basketball IQ’s in the league.  He is extremely crafty with his body, which he uses to shield off defenders, especially when he shoots his elaborate turnaround jump shot.  Of all the players on this list, he is the closest to the “old school” style of post-up play commonly used in decades past.  He ranked third in the NBA last year in post-up scoring with 509 points, trailing only Dirk Nowitzki and LaMarcus Aldridge.  Gasol also excels as the screener in the pick-and-roll with point guard Mike Conley, by using his finishing ability and midrange shot to score from a Conley assist.  Along with all this, Gasol is also an above-average defender, and fits in nicely alongside Zach Randolph in a blue-collar style defense.  Overall, Mark Gasol is definitely one of the best all-around players in the NBA, and, similar to his brother Pau, will continue to play well into his late thirties.

With Greg Monroe now in Milwaukee, Andre Drummond has been able to reach his full potential on the Detroit Pistons.  We immediately saw the results of letting Monroe walk from the beginning of the year, where Drummond had one of the most dominant starts to an NBA season ever.  Through Drummond’s first six games, he averaged 20.3 points and 20.3 rebounds per outing, which is the best start to a season since Wilt Chamberlain back in 1970.  His stats have come down to reality as the year progressed, but not by much.  What sticks out to most people about Drummond is his athleticism, which allows him to be a beast on the boards.  He ranked number one in the league in offensive and defensive rebounds in the past two seasons, and is only getting better.  The only facet of his game that Drummond needs to work on is his free-throw shooting, which is at an abysmal 34.9%.  If this doesn’t improve, teams may revert to a hack-a-Drummond strategy when they cannot control him in the paint.  In general though, the lethal combination between Reggie Jackson and Drummond make the Pistons a threat to one of the higher ranked teams going into the playoffs. 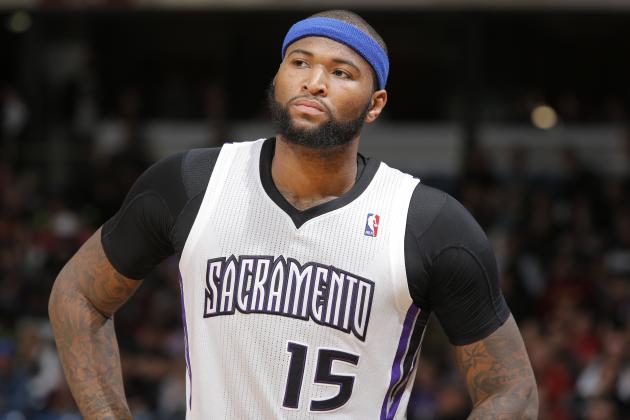 Without question, Demarcus Cousins is the most talented center in the game of basketball today.  Despite frequent outbursts towards referees, teammates, or coaches, it is impossible to overlook his overall skill.  Cousins is one of the strongest players in the league on the block, and has expanded his game to become a threat from the three-point line.  Furthermore, nobody at his position is as good at driving to the rim and scoring than Cousins.  Last year, he averaged 4.1 points per game on drives to the hoop, way more than the 1.5 points from the league’s top power forward, Anthony Davis.  The main aspects of Cousins’s game that keeps him away from being placed with some of the greatest players of all time are his antics off the court and his defense, which, while still being above average, is nowhere close to the likes of many Hall of Fame centers.  Overall though, if the Kings find a way to make it into the playoffs (they currently sit at the 10th spot right now in the Western Conference) Demarcus Cousins alone will be a major obstacle to overcome for any of the top seeds.