Bloomington Indiana- It wasn’t pretty but the Huskers got the job done on Saturday on the road in Bloomington taking down the Indiana Hooisers by a final score of 27-22 to improve to 6-0 on the season clinching a bowl game bid, and moving up two spots in the AP Pools ranked as the 8th best team in the nation.

The not so pretty win did start  pretty for the Huskers. Nebraska jumped all over Indiana in the opening quarter. On the game’s first drive Drew Brown nailed a 40 yard field goal to give the Huskers a 3-0 lead.

After turning Indiana over on downs the Huskers took control. Tommy Armstrong chucked a long ball deep going off the hands of two Indiana defenders before falling into the lap of Husker Wide Out Brandon Riley making an amazing catch that went for 43 yards. The big play would set up a four yard touchdown run for Terrell Newby giving Nebraska a 10-0 cushion. 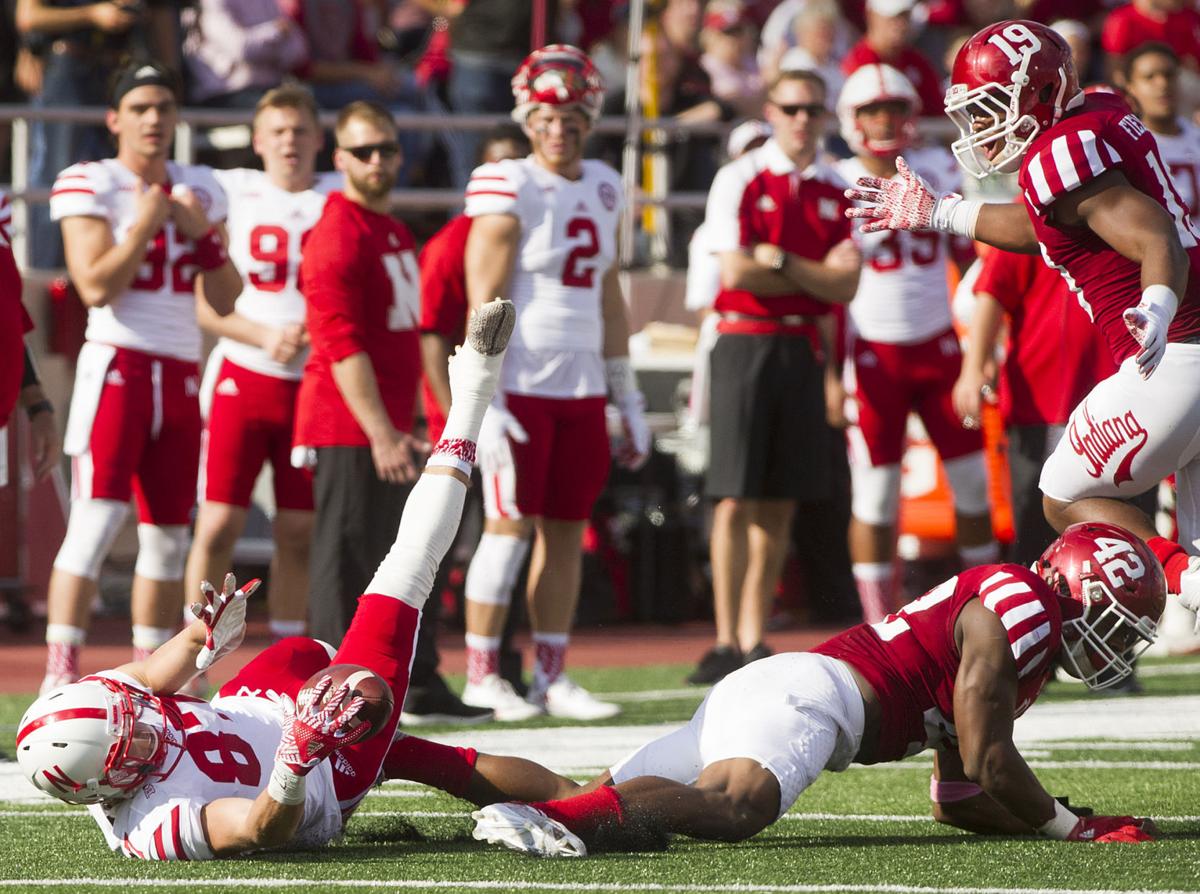 After kicking the ball back to Indiana Richard Lagow took the field and threw his first of two picks. This one went for six. Lagow threw the ball right into the hands of ball hawking Corner Chris Jones who took the pick to the house giving Nebraska a 17-0 first quarter lead. 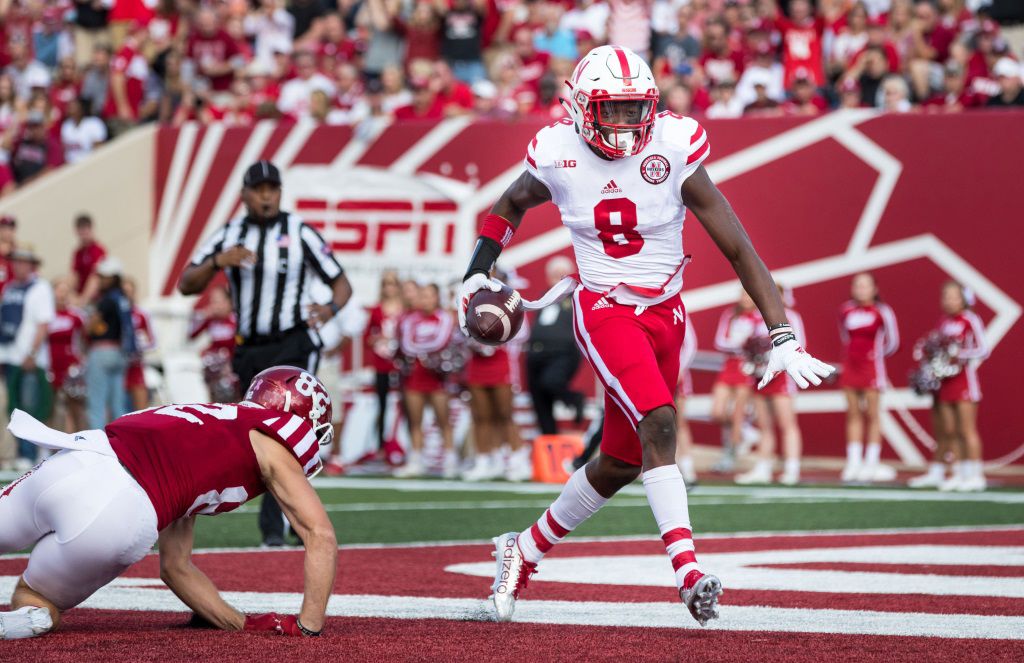 Indiana despite all the early struggles fought back in the Second Quarter. They blocked a Caleb Lightbourn punt which went into the back of the Husker end zone for a safety cutting the lead to 17-2. Later in the Quarter still 17-2 Indiana was able to tack on two field goals one coming off a Tommy Armstrong interception. Making the score 17-8 at halftime.

Indiana would draw even closer in the third. After both defenses went back in force making key stops the Huskers defense finally cracked. After a great punt return by Indiana’s Mitchell Paige set up Indiana at the Nebraska 33 yard line Divine Redding ran for a 33 yard score to move Indiana within two.

Despite another Tommy Armstrong interception right after the Redding touchdown Nebraska would respond. All season long the Huskers have owned the Fourth Quarter and they again did in Bloomington.

On a third and nine from the Huskers own 28 Nebraska was in danger of giving the ball back to Indiana in a two point game Tommy Armstrong rolled out and found Stanley Morgan JR wide open as the Wide Out went untouched for 72 yards for a Nebraska touchdown. Nebraska led 24-15. 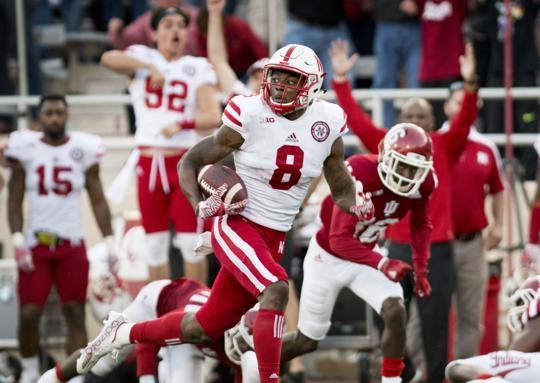 With eight minutes left in the ball game Indiana would cut the lead back to two points as Lagow threw to Redding for a four yard score cutting the lead to 24-22. That’s when Nebraska showed the nation exactly why they are 6-0.

Devine Redding scored twice for Indiana in the loss to Nebraska.

Indiana could not get the job done as Lagow threw an interception to Aaron Williams who clinched the game for the Huskers. Nebraska’s big win gave them a two game Big Ten West lead, and helped them jump up from 10 to eight in the AP top 25. Nebraska will host Purdue and look to move to 7-0, and 4-0 in the Big Ten next week.