East Rutherford NJ – The New York Giants have begun the new NFL season 2-0. The first time Big Blue have started  2-0 since 2009 after edging NFC East Foe Dallas on the road in Week One for their first Week one win since 2010, and a win in their home opener against the Drew Brees led Saints by a final of 16-13.

The Giants for the first time since 2011 when they won Super Bowl 46 look like a very balanced football team. Their offense has been elite nearly every season with Eli Manning the most durable Quarterback in the NFL not missing a starting snap ever since his career began in 2004. The Giants in 2015 ranked 6th in total offense. This year the Giants offense has a chance to be even better with Odell Beckham Jr, Sterling Sheppard, and a healthy Victor Cruz who has a game winning touchdown catch, and game sealing 35 yard grab in his first two games since 2014. Not to mention threats in the running game with Shane Vereen, and Rashad Jennings.

Even Victor Cruz has been shocked with just how great he has been in his first two games back on the football field.

The Problem for the Giants the past four seasons has been the defense. The state of the Giants defense was at an all time low in 2015. The team allowed more points than anyone in the NFL. Their worst performance came against no other than Drew Brees in the Saints when they allowed Drew Brees to throw seven touchdown passes and lost the ball game despite scoring 49 points on offense.

Now why is the Giants defense so greatly improved first you must give credit to General Manger Jerry Reese for stepping up and handing out big bucks to get Snacks Harrison, Olivier Vernon, and Janoris Jenkins who have all so far proved to be worth every last dime. Jenkins has been the best of the trio so far as he helped shut Cowboys wide out Dez Bryant to just one catch for eight yards in Week one, played lock down defense on the Saints elite offense, and took a blocked field goal by Johnathan Hankins 65 yards to the house on Sunday scoring the Giants lone touchdown in the win over the Saints. Jerry Reese also drafted Eli Apple, and Darian Thompson who have had great starts to their young NFL careers. 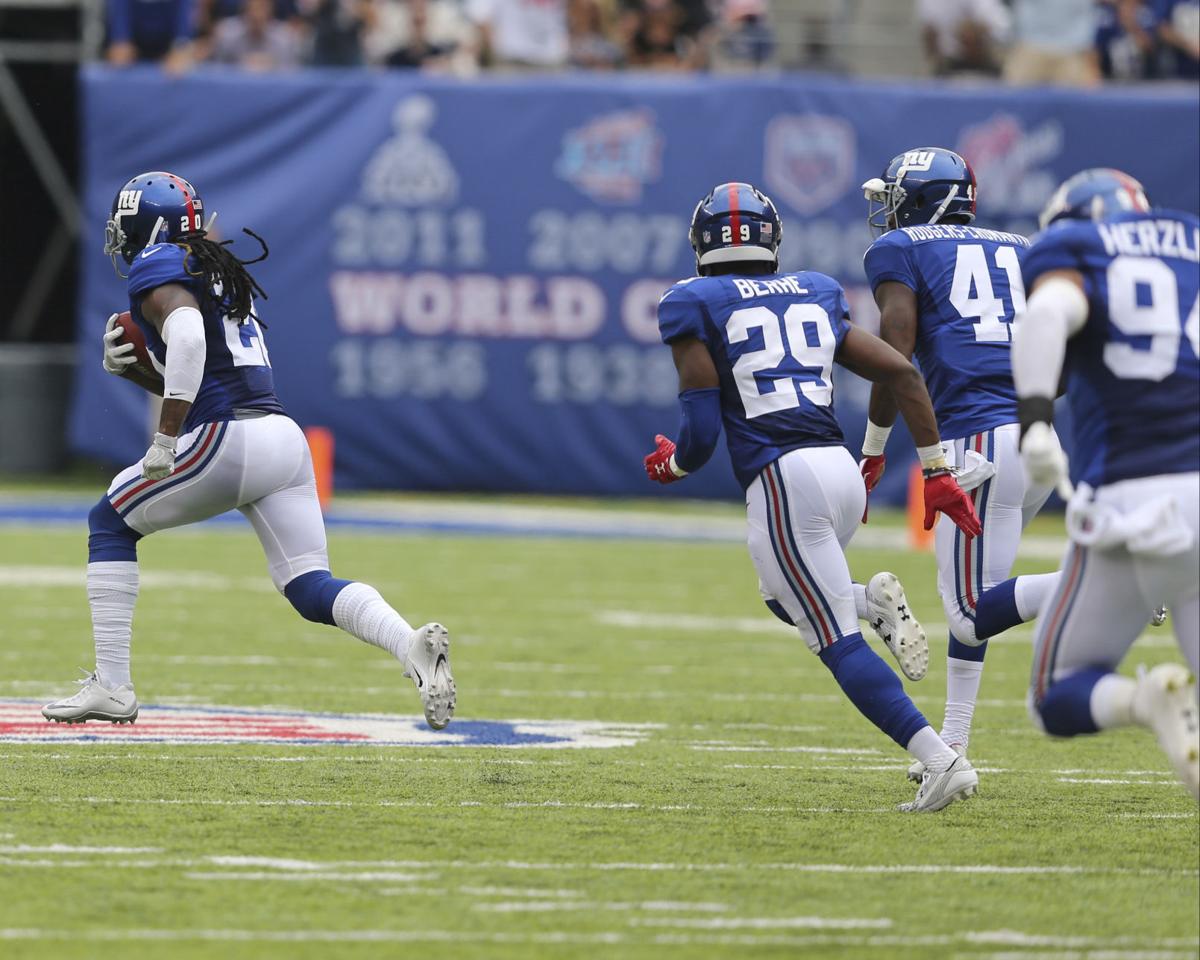 Janoris Jenkins has proved to be worth the money for the Giants thus far.

The Giants however haven’t just gotten great play from their new additions on defense. Some of the guys apart of that 32nd ranked defense have stepped up and greatly improved. The star of this group is Johnathan Casillas. He has been a tackling machine, and clubhouse leader for Big Blue being named team captain in just his second year in New York, and racking 17 tackles including 11 in Dallas in just two games played this year. Jason Pierre Paul looks a lot healthier, DRC is still in his prime, and Landon Collins is becoming one of the top run stopping safety’s in the NFL.

Johnathan Casillas has been an unsung hero for the Giants.

The Giants greatly improved defense allowed them to win a game against a team and Quarterback that put up 52 points on the 2015 Giants defense without having an offensive touchdown from Eli Manning and company. Despite the fact Manning threw for more yards in this seasons Giants Saints match up fumbles, dropped balls and stalled drives held New York out of the end zone. With 80+ yard games from Beckham, Cruz, and Sheppard and the offense line creating solid running holes for Jennings, and Vereen to run through the Giants should still feel pretty good about their offense epically with the Giants defense proving to be a safety blanket rather than a liability. 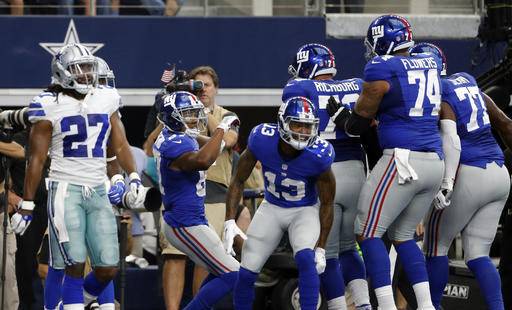 This 2-0 start is very exciting for Giants fans heading into a Week Three Match Up with the Washington Redskins the NFC East Champions from a year ago. Not to mention Josh Norman is coming back to MetLife to battle with Odell Beckham for the first time since the two went at in Week 15 of 2015 when Norman was with Carolina. A win puts the Giants at 3-0 and three games ahead of the defending east champs as they come in 0-2.