Rob Gronkowski being carted off the field after suffering a knee injury, hopefully not too serious

DENVER- The Patriots suffered their first loss of the season on Sunday Night Football in Denver when C.J. Anderson of the Broncos ripped off a 48 yard touchdown in overtime. Tom Brady showed his displeasure with the loss when on the Patriots local radio station Monday morning, saying that he was “Pissed”. Throughout the game, Tom Brady was visibly distraught with many calls during the game that at times seemed a little suspect. During the second half of the game, there seemed to be many ambiguous calls that went in the favor of the Broncos; an offensive pass-interference against Gronkowski, a defensive holding call against Patrick Chung that seemed to almost be a phantom hold that wiped away a sack, as well as a no call when there was obvious hands to the face by a Bronco on Chandler Jones on the same play Brock Osweiler threw the go ahead touchdown. This isn’t the first time calls have gone against the Patriots, it occurred the week before on Monday Night Football against the Bills when an inadvertent whistle cost Danny Amendola a touchdown.

Although the win-loss column says the Patriots have only one loss on the year, the injury report says otherwise as New England might have lost another offensive weapon, Rob Gronkowski. This wouldn’t be the first injury Gronk has suffered as he has already torn his acl/mcl, broke his forearm and had four surgeries on it, has had back surgery multiple times, has torn ligaments in his ankle, and now it looks like Gronk might be sidelined again. The Patriots are hopeful though that his knee injury suffered on Sunday Night was nothing more than a hyper extension, but initially it looked severe as Gronkowski was writhing in pain on the turf before eventually being carted off the field.

Rob Gronkowski has been the victim of countless injuries throughout his young career, and hopefully this injury turns out to be minor, as the New England Patriots hope to make the road to the Super Bowl in the AFC run through Foxboro. The Patriots still hold the number one seed in the AFC, but unless some of their key players return soon, the rest of the season might seem to be a grind. 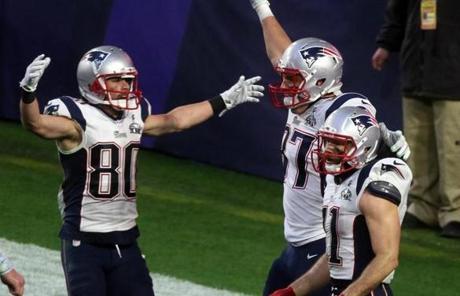 All three of these players seen above, Edelman, Amendola, and Gronkowksi, are currently injured. All three caught a touchdown in Super Bowl 49

The Patriots have lost key weapons this season; Julian Edelman will likely miss entirety of the regular season, Dion Lewis will be out for the rest of the year with a knee tear, and Danny Amendola missed time because of a knee injury as well, but hopes to be back soon. The Patriots can ill afford another injury, especially one to number 87, who has caught the most touchdowns by a tight end since entering the league in 2010. 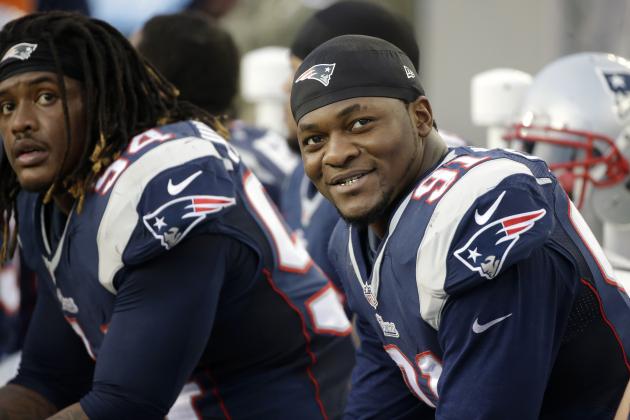 Dont’a Hightower and Jamie Collins are considered some of the leagues best linebackers, and are crucial pieces to New England’s defensive game plan.

Jamie Collins, perhaps one of the bestlinebackers in the NFL, missed his fourth straight game due to an illness that caused him to be very weak. Collins is one of New England’s elite playmakers; he is athletic, big, strong, and fast, allowing Belichick and defensive coordinator to run many different defensive attacks through Collins. Although New England’s defense has been holding up relatively well, they lack a lot of depth at the linebacker position, where his running mate, Dont’a Hightower, also found himself out of the game midway through Sunday Night. Hightower is New England’s best run stopper because of his ability to move powerfully and quickly from sideline to sideline, not allowing runs to bounce to the outside, and while Hightower played, he did his job, allowing only 43 yards on the ground on 15 rushes. However, once Hightower injured his knee and left the game, the Broncos rushed 17 times for 136 yards. That is no coincidence, and New England is optimistic that these two will not miss any more time in the future.

New England is banged up right now, but they hope to hang on to the number one seed in the AFC, knowing that once they get healthy, no one will want to travel to Foxboro in January to face the revitalized defending champs.