The NFC East is one of the weaker division’s in the NFL. The Redskins won the East at nine wins last season but this year the New York Giants should have a defense that instead of being 31st ranked like in 2015 should be a top 10 defense with a tough run defense, and revamped pass rush thanks to new signings Damon (Snacks) Harrison, and Olivier Vernon. The Giants offense ranked sixth a year ago in points scored has Victor Cruz returning from injury and rookie Sterling Sheppard ready to make plays along Odell Beckham JR and for two time Super Bowl MVP Quarterback Eli Manning. Which should make the Giants a force to be reckon with. The Redskins are probably the second best team in the East but have questions in the Running Game. Dallas will be without Tony Romo for a good chunk of the season, and the Eagles, well they are simply a mess. I see New York taking home the NFC East Crown. Eli Manning and Odell Beckham one of the most feared QB/WR Combos in the NFL.

Snacks Harrison and Olivier join Johnathon Hankins, and JPP on defense for the Giants.

Last year the NFC South only featured one team with a winning record. The Panthers won 15 games and went onto Super Bowl 50 where they would fall to the Denver Broncos. The Panthers have a chance to be very good again in 2016. The biggest question for them however is their secondary as Josh Norman is no longer in town. However the Panthers still have a very strong front seven, and a high powered offense led by NFL MVP Cam Newton. Meanwhile the biggest NFC South threat to Carolina reside in Tampa Bay. In year two of the Jamies Winston era the Bucs are ready to take off. With a very talented offense and a solid front seven that added Robert Ayers JR who racked up nine and a half sacks a season ago the Bucs look to be a wild card team this season, but they simply are not as good as the Panthers. The Falcons and Saints could be in for very long years as neither team has any defense and lack talent on both sides of the ball. New Orleans may be in the running for the first pick in the 2017 NFL Draft as they have the NFL’s worst defense.

The Panthers will look to win their fourth straight NFC South Title and return to the Super Bowl in 2016. 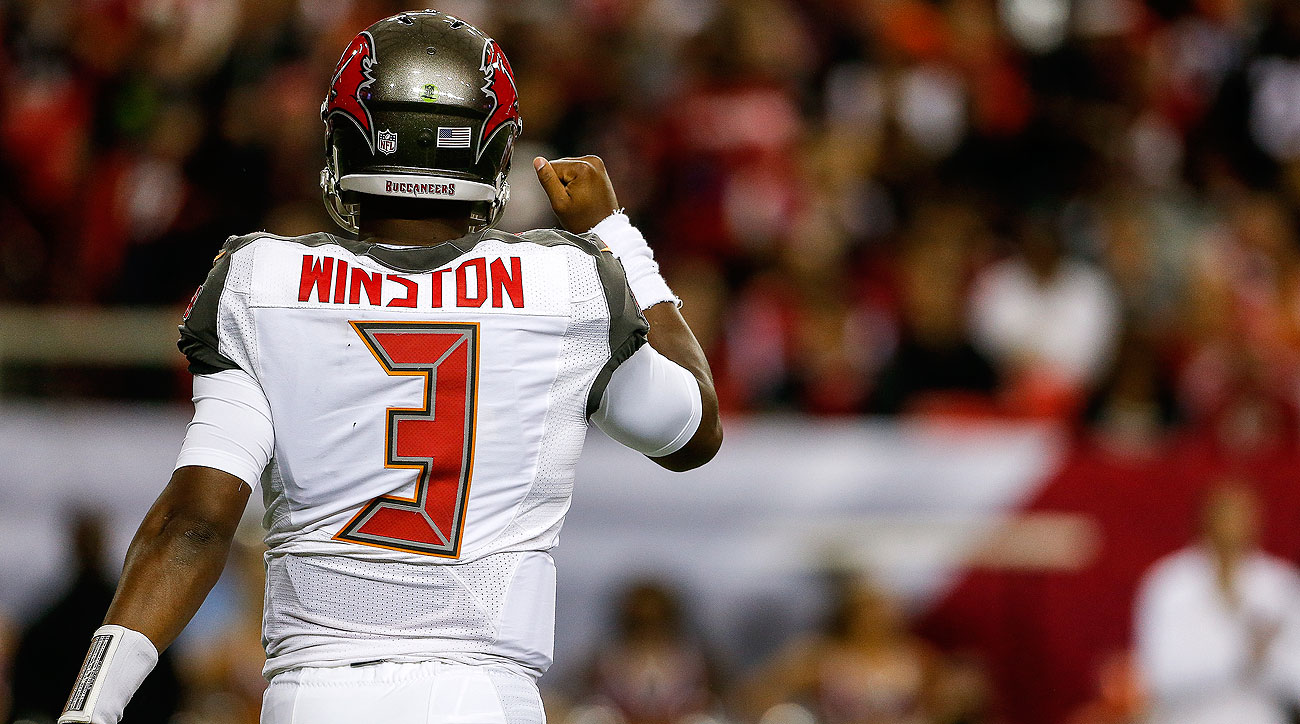 Last year the Vikings beat the Packers on the road in Week 17 to take home the NFC North Title. This year was supposed to be just as tight of a race until Minnesota lost their Quarterback Teddy Bridgewater to a season ending ACL Injury. The Vikings have traded for Sam Bradford but he has just eight days to learn a whole new offense, and playbook and that probably won’t be enough time for Bradford and the Vikings. Now that leaves Green Bay as the only real NFC North contender. The Bears are going to be much improved but are still in a reboot, and the Lions lack defense talent and lost future Hall Of Fame Wide Out Calvin Johnson to Retirement. The Packers with the best Quarterback in the NFL Aaron Rodgers and a high scoring offense along with an improved defense are the clear favorites in the North and maybe even the whole NFC along with Arizona, Carolina, Seattle, and New York. 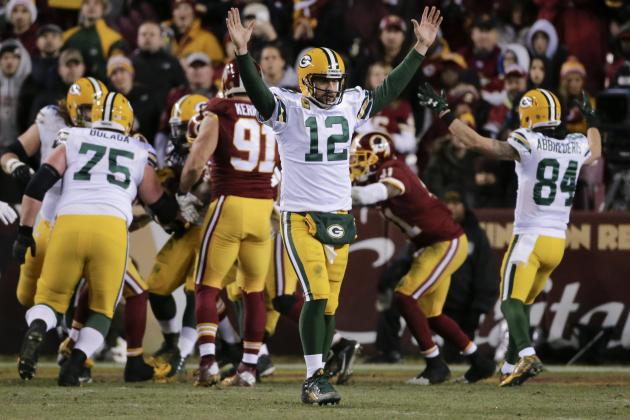 Without Teddy Bridgewater the Vikings playoff hopes went from sky high to a long shot.

Two of the top teams in the NFL reside in the NFC West the Arizona Cardinals, and Seattle Seahawks. Seattle has played in two of the last three super bowls while Arizona has made it to the postseason in defending years and where one win away from Super Bowl 50 a year ago. It should be a great race in the West between Arizona and Seattle. However you must pick one to win and I’d take Arizona just over Seattle though both are playoff teams. The Rams return home to LA bringing football back to Americas second biggest city and bringing one of the best front sevens in the NFL to Hollywood. The Rams will not be a playoff team however due to questions at Quarterback but should be a trap team for anyone thinking they are an easy team to beat. The 49ers well they are on the clock for the 2017 NFL Draft. 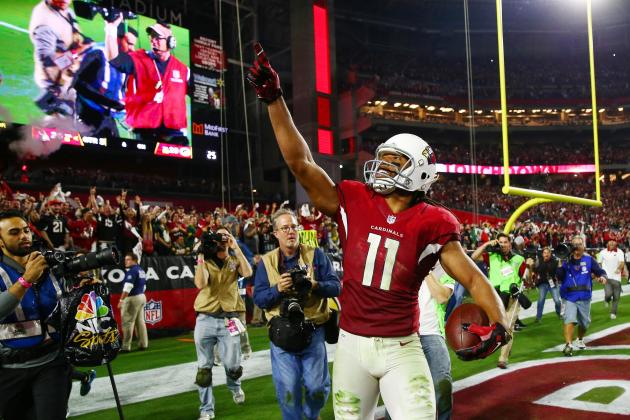 The Cardinals are ready to fly high yet again in 2016. 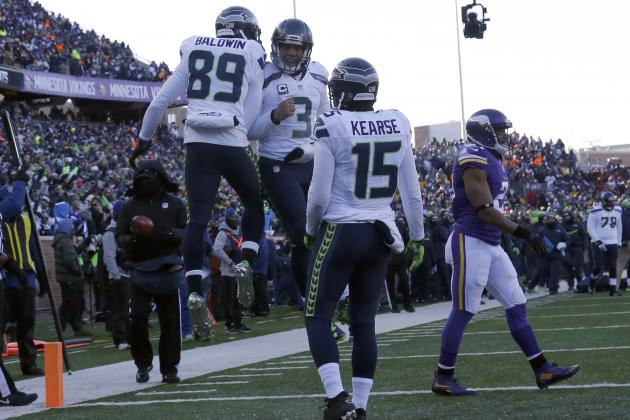 The Cardinals aren’t the only Birds out in the NFC West ready to Soar in 2016.

The Bills, Jets, and Dolphins none of whom have won the AFC East since 2008 (Dolphins) have four weeks to see who can challenge the Patriots for an AFC crown before Tom Brady returns. Once Brady comes back everyone knows the Patriots will be one of the top teams in the NFL again and even without him have a great defense and weapons for Jimmy Garoppolo to use. The Bills and Jets have very strong defense groups but have their issues on offense. The Bills lack a third down play maker and the Jets running game is weak. The Miami Dolphins lost a key part of their defense in Oliveira Vernon and may be in deep trouble as their pass rush will struggle this season. The teams pass defense already isn’t great and well the offense is pretty short handed as well. The Patriots despite not having Tom Brady for the first four weeks are the clear AFC East favorites but the Jets and Bills will also make some noise.

Jimmy Garoppolo will be in control of the Pats offense for weeks 1-4. 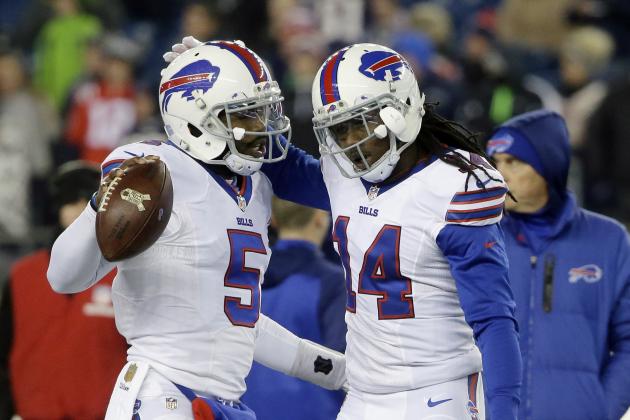 Can the Bills make it to the postseason for the first time since 1999? It all depends on their Offense.

The Jacksonville Jaguars will win the AFC South. Yes it will happen folks, the Jaguars have a star studded defense led by the top ranked free agent in the 2016 free agent class Malik Jackson. The Jags will have very strong front seven and talent in the secondary that should make their defense a top 15 unit. On the offense side of the ball the Jags have a third year Quarterback in Blake Bortles that took off in 2016 and has two big time wide outs in Allen Robinson, and Allen Hurns to throw the ball to. Not to mention having Chris Ivory and TJ Yeldon in the backfield. A playoff birth is coming to Duvall! The rest of the south well yikes…… Houston is the defending AFC South Champions but that doesn’t say much because it is the worst Division in football. The Texans hope new Quarterback Brock Osweiler and running back Lamar Miller can provide a much needed spark for their offense. The team has a solid defense line on the flip side of the ball but the secondary doesn’t look to good. As for the Titans the team looks to have a much better running game after trading for Demarco Murray and drafting Heisman winner Derrick Henry but a weak offense line could set them back. As for Indy they have a terrible defense just flat out terrible and not knowing what Andrew Luck they are gonna get could make it a long season. 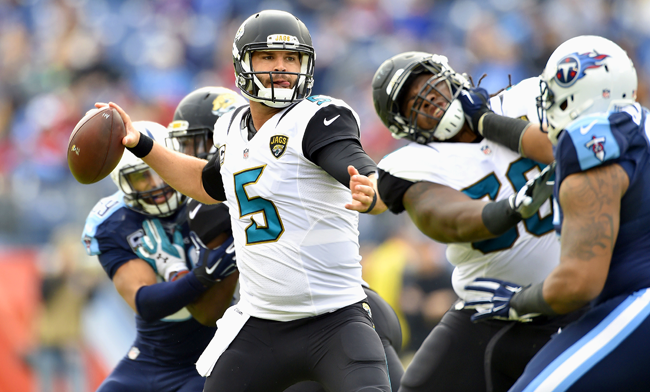 Get ready Jags fans Blake Bortles is poised to lead the Jags to playoff football.

The Allen Allen Wide Out duo can be scary good.

The AFC North always poses three very good football teams in Cinci, Pittsburgh, and Baltimore. Also the AFC north provides the joke of the NFL the Browns. Looking at the North this season it should be more of the same. Though the Bengals have their postseason struggles they are a great regular season team. Cinci will look to win another AFC North title in 2016. The Steelers have a stacked offense and an improved defense that should help them back to the postseason. The Ravens get key pieces all over their roster back from injury which should insert them right back into the playoff picture while the Browns ummmmmmmm better look next year.

Back from injury Andy Dalton is back to lead the Bengals back to the postseason.

AB Antonio Brown is ready for another huge season.

It’s the Chiefs time to shine! With a loaded defense and an offense that can move the football both through the air and on the ground the Chiefs are the team to beat in the AFC West. The defending champion Broncos may not have Peyton Manning or Brock Osweiler for that manner anymore, but they still have on of the NFL’s most talented defenses that’s pass defense is simply lock down. On offense young quarterback Trevor Siemian is ready to lead the charge and has some great weapons at his disposal including Demaryius Thomas, Emmanuel Sanders, and CJ Anderson in the backfield that should be enough to get the defending champions back in the postseason. The Raiders seem poised to take the next step with young quarterback Derek Carr leading the way with a talented offense including second season Wide out Amari Cooper, and running back Latavius Murray. On the flip side of the ball the Raiders have Khalil Mack leading charge for a talented but young defense unit. The Raiders are close but perhaps are one year away from taking the next step. Then there is San Diego they only really have two things going for them. Sunny Skies, and Phillip Rivers.

Alex Smith looks to lead Kansas City to the next step. Smith rallied KC to win 10 straight games last season to make it to the postseason.

The Trevor Siemian era has begun in Denver.

Offensive Rookie Of The Year: Will Fuller WR Houston Texans

After a big Pre Season Will Fuller can be a huge piece to the Houston Texans offense.

Fifth overall pick Jalen Ramsey should be a true game changer for the Jags defense.

Super Bowl 47 MVP is coming off a torn ACL and MCL. With the Ravens getting a lot of players back from injury including Flacco look for a comeback season.

If you don’t pick J.J. Watt to win this award year in and year out you are crazy.

What a big play wide out this man is. With Victor Cruz coming back from injury to join Odell Beckham JR, rookie Sterling Sheppard, and company Eli Manning will have more big play threats to throw the ball to than ever before. 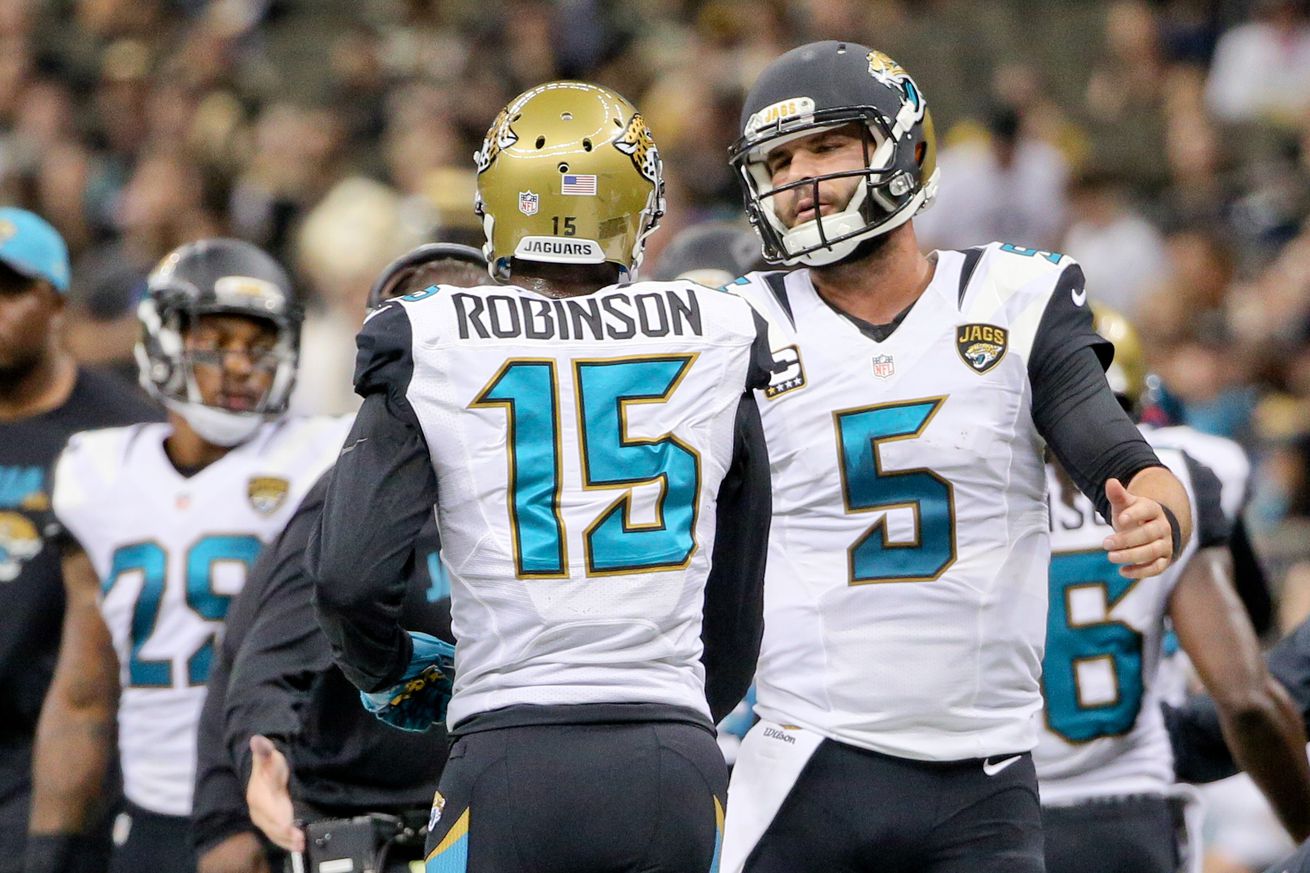 Not only will the Jags make the postseason but how about a postseason W? The Pats have not gone one and done in the playoffs since 2010. 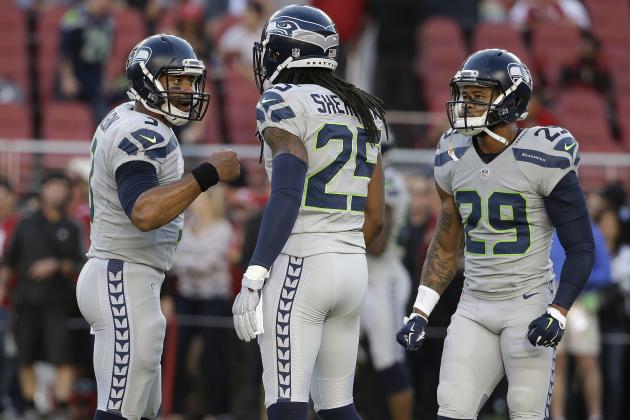 Seattle will get it’s revenge on Carolina this postseason. 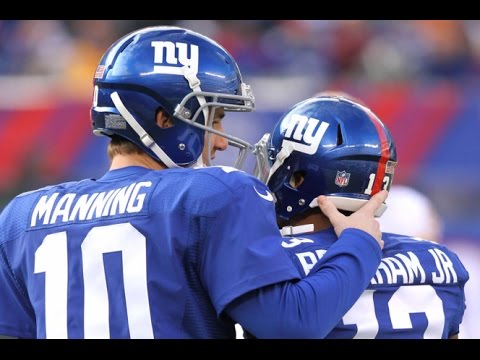 Eli Manning in his playoff career has either gone one and done or won it all.

Yes the Bengals will finally win a playoff game in 2016. The last time the Pats failed to reach the AFC Title game was 2010.

Seattle has the defense to shutdown anyone including Aaron Rodgers on the road. The Giants have a QB who refuses to lose in January his name is Eli Manning.

Let the Brady chants begin. Tom Brady will play in his 8th super bowl in early 2017. 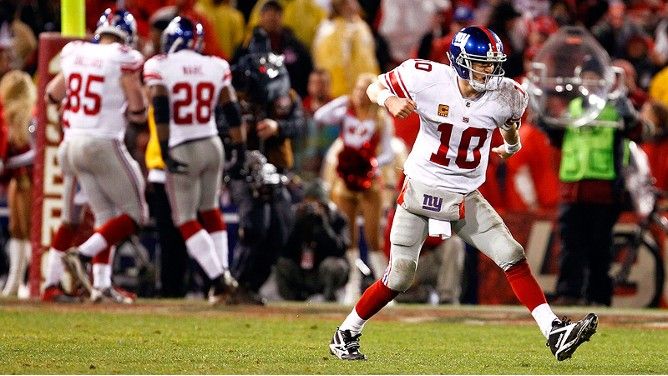 Eli Manning is 2-0 in the NFC title game make it 3-0 Giants Pats round three is coming to Houston in Super Bowl 51. 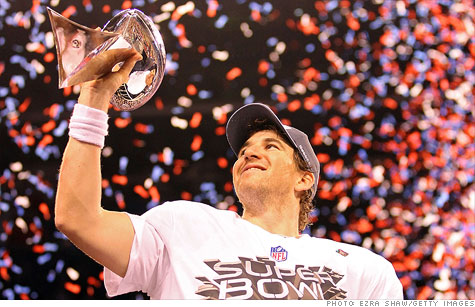