Foxborough- Three quarters of the way through the infamous Tom Brady suspension, and the New England faithful hasn’t even broken a sweat. Even though the Patriots have gone through 2 quarterbacks this season, it looks as if they haven’t skipped a beat.
Jimmy Garoppolo has given New England 2 of their 3 wins this season; delivering 4 touchdown drives through the air without an interception. However, 30 minutes into the week two matchup against the Miami Dolphins had Patriot fans holding their breath, as Garoppolo was removed from the game, and 3rd round draft pick, Jacoby Brissett had to step in.

Brissett presented a different matchup to opposing defenses than Garoppolo had previously offered. Josh McDaniels, the offensive coordinator for New England, dialed up the run game while Garoppolo was out, and gave Brissett high percentage throws off the play action. Credit the rookie for making smart decisions and not turning the ball over, but it was the NFL’s leading rusher through three weeks that has opponents losing sleep over. Legarrette Blount has rushed for nearly 300 yards with 4 touchdowns through three weeks, and it has been a pleasant surprise for New England that they have been able to lean on the run, something they haven’t been able to do in quite some time. Surely the Patriots couldn’t have expected the 29 year-old running back coming off a season ending hip injury to be this productive during the onset of the season, but cherish Blount while you can, as his reps will decrease come week 5 when the passing attack will come to fruition when Brady makes his first start of the season; expect James White and Brandon Bolden to see more of the field, as they are more viable for the passing game. 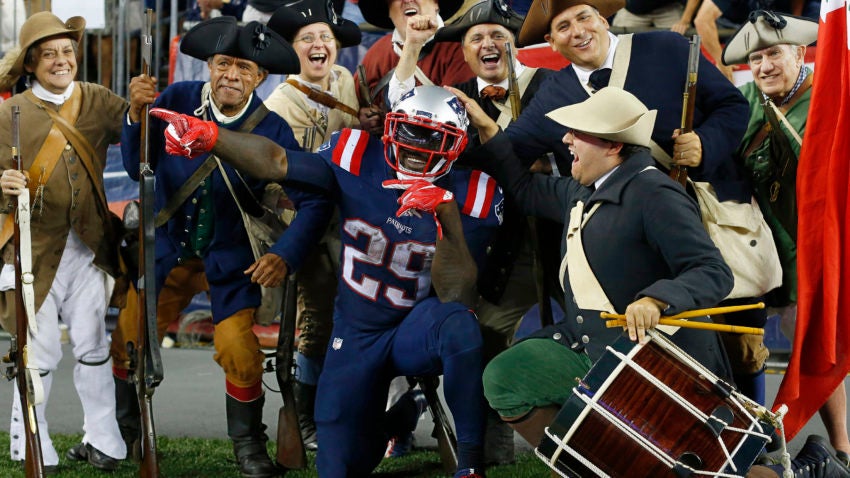 With the Patriots surging to the top of the AFC without Brady, this brings up the debate of Belichick vs. Brady; who is more essential to the team’s success? Belichick’s tenure with the Patriots has placed his name right next to Vince Lombardi, but some fail to recognize his success, or lack thereof, with the Cleveland Browns. Furthermore, Belichick was on the hot seat while he was in New England before Tom Brady took the helm. In 2000, New England finished a disappointing 5-11 on the season, and began the 2001 season 0-2 before the 6th round draft pick out of the University of Michigan fell into the lap of Bill Belichick. Brady or Belichick; who is key to New England’s success

When Bernard Pollard ended Tom Brady’s year one quarter into the 2008 season with a hit to Brady’s ACL, New England still finished the season 11-5 under Matt Cassel. Now that Garoppolo and Brisset have stepped into Brady’s role with ‘ease’ some question Tom Brady’s impact on the Patriots’ dynasty. However, both Cassel and Garoppolo had many years under Tom Brady to learn the system under perhaps one of the best to ever play the game. Tom Brady’s ‘big brother’ role to these back-ups surely made the transition easier.
Players like Cassel, Garoppolo, and Brisset may be able to get a Bill Belichick coached team to a certain point; perhaps win 11 games like Cassel, but Brady gets the team past that threshold, as he is able to win divisions, playoff games, and Super Bowl Championships. Offensive coordinators such as Charlie Weiss, Bill O’brien, and Josh McDaniels were deemed geniuses, and all awarded head coaching jobs; however, all of them once they left New England have had far less success, being fired in some cases. Some say that Tom Brady is a system player, but Brady is the system, the team revolves around him. Undoubtedly, Bill Belichick is one of- if not – the best coach to ever walk the sidelines, but the majority of the credit will have to go to the best player to ever step foot behind center, Tom Brady.