Things are not looking good for Chelsea.  Their underwhelming performance at Leicester today has caused them to slide back into the bottom 5 of the Premier League.  The tone was set immediately after a Mahrez chance inside the second minute of the match. After a momentary lapse in communication on a pass between Hazard and Azpilicueta, Mahrez took the ball off them in the Chelsea third of the pitch.  The Algerian, in fine form, wove his way past Ramires and Terry to put a shot on target.  The shot didn’t trouble Courtois, but this attacking play forecasted the problems in the Chelsea defense that would come to bite them later.

Leicester finally broke through the feeble Chelsea back line in the 34th minute.  Vardy was poorly marked by Zouma, and it seemed all too easy as Mahrez played Vardy through from the right corner of the box for a clinical half-volley finish.  The momentum of the match seemed to indicate that more goals would come from the Leicester side, and 3 minutes into the second half, they struck again.

This time, the defensive breakdown stemmed from Azpilicueta’s inability to keep up with Mahrez’s fancy footwork inside the area.  After a lovely touch on a through ball from Albrighton, Mahrez improved his angle in the right side of the box and deftly finessed the ball into the left side netting with his left foot.

Oddly, after this second goal, Chelsea’s offensive play improved.  They nearly brought the game back within 1 during the 61st minute.  Fabregas played a cheeky ball to Costa behind the Leicester center backs, but Costa’s finish was thwarted by a phenomenal save by Schmeichel, who deflected the ball up and over the goal with his foot.

Chelsea did succeed in narrowing the gap in the 70th minute, when the substitute Loic Remy tucked away a cross from Pedro, who streaked down the left wing to deliver the ball.  However, the goal proved to be just a consolation prize, as Leicester held on for the remaining 20 minutes to seal the win.  Chelsea’s defense was weak during the end of the first half and the beginning of the second, but those snafus were all that Leicester needed to pounce on their chances and gain the 3 points they wanted to return to the top of the table, and snap their 8 game loss streak against Chelsea.

The 29-year-old Danish goalkeeper had a very quiet first half. He didn’t have to make any difficult saves until late in the second half when Diego Costa nearly had a beautiful volley inside the box. However, Schmeichel pulled off a fantastic save to deny Costa a goal. 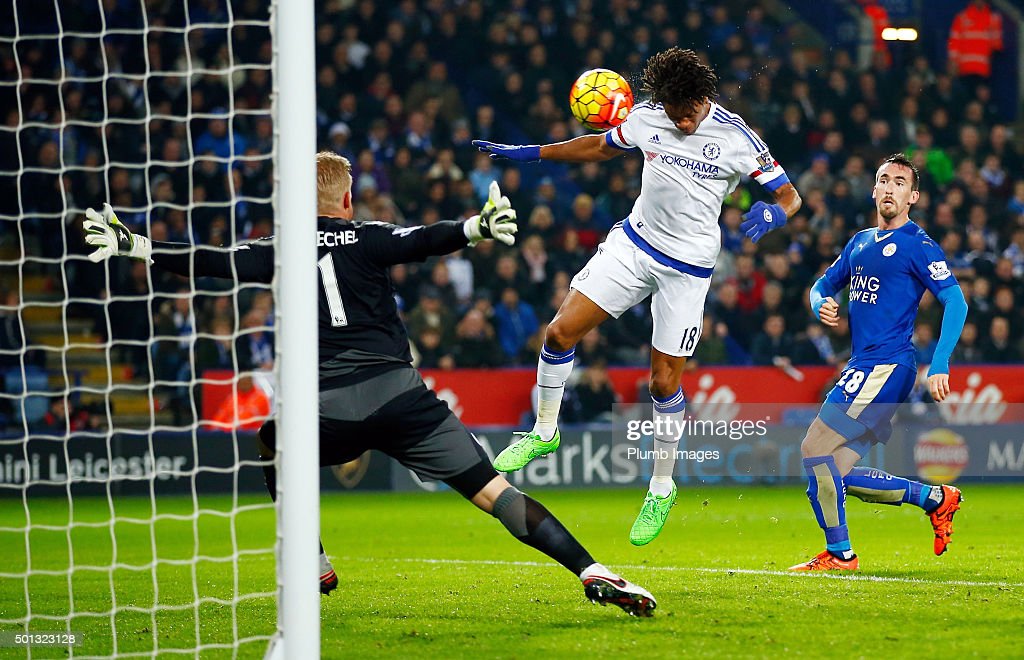 The veteran centreback, who was actually signed by Chelsea by Claudio Ranieri in 2001, dealt with Diego Costa fairly well. He avoided a lot of altercations with Costa, but was given a yellow card after pulling Costa from behind. He won most of his tackles but failed to pick up Loic Remy’s run on Chelsea’s goal. Huth, now playing for Leicester under the same coach who signed him for Chelsea, has proven that even at the age of 31 he can manage the speed of the premier league. 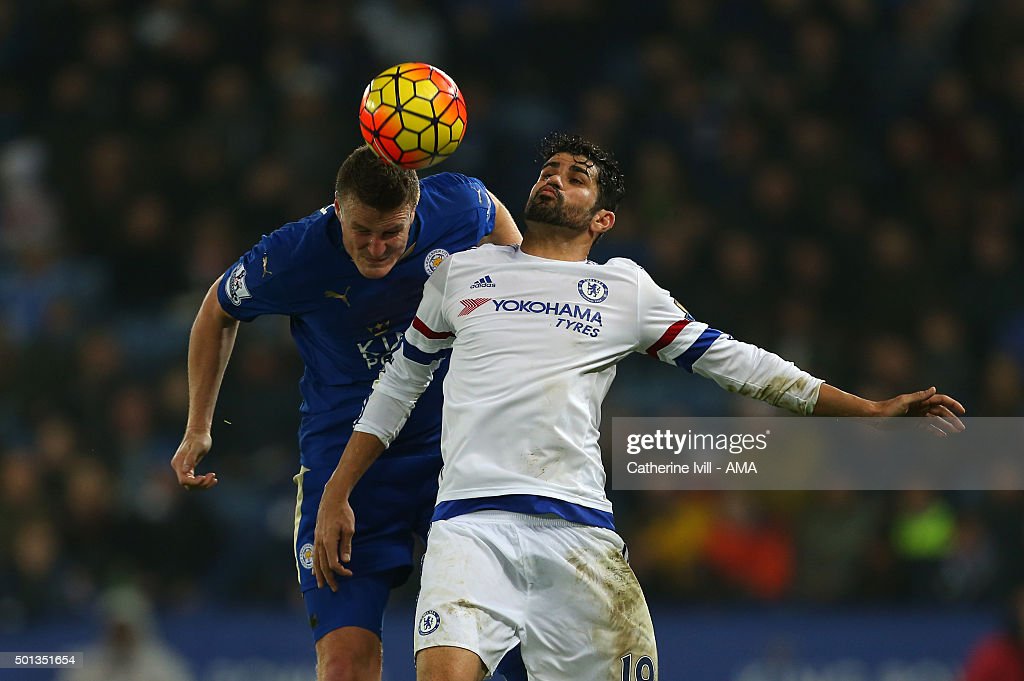 (Photo from Gettyimages.com) Huth wins an aerial battle with Costa.

The Algerian started of the game with a shot in the 1st minute, forcing Thibaut Courtois into a difficult save. The thing that separates most wingers from Mahrez, is that Mahrez runs at people. He doesn’t try to run side-to-side, he runs straight at the defenders. His goal in the 48th minute was a sublime finish into the top right corner. His assist to Vardy was a beauty as well, with a perfectly timed cross. Mahrez is on his way to winning BPL player of the year, especially if he can keep finding Vardy and scoring goals of his own. 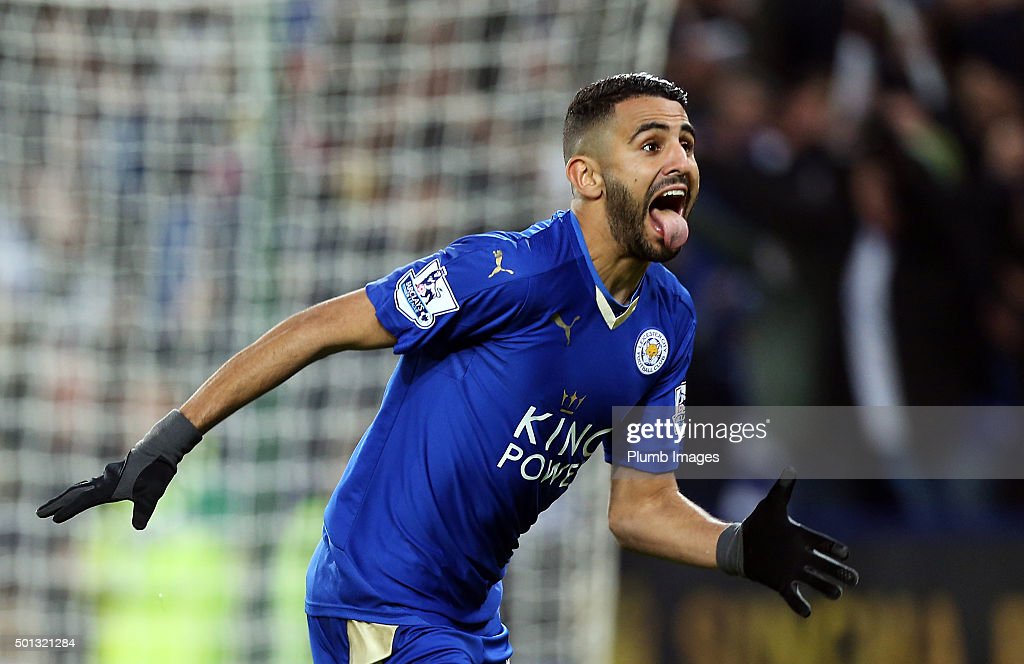 The man who broke Ruud Van Nistelrooy’s record for consecutive goals, scored a peach of goal. He met Mahrez’s cross with the side of his foot and curled it past Courtois. He put Terry and Zouma under pressure for the entire game. Vardy is that one player on your team that never stops running. He makes tackles on defense, chases after every through ball, and is never caught walking. 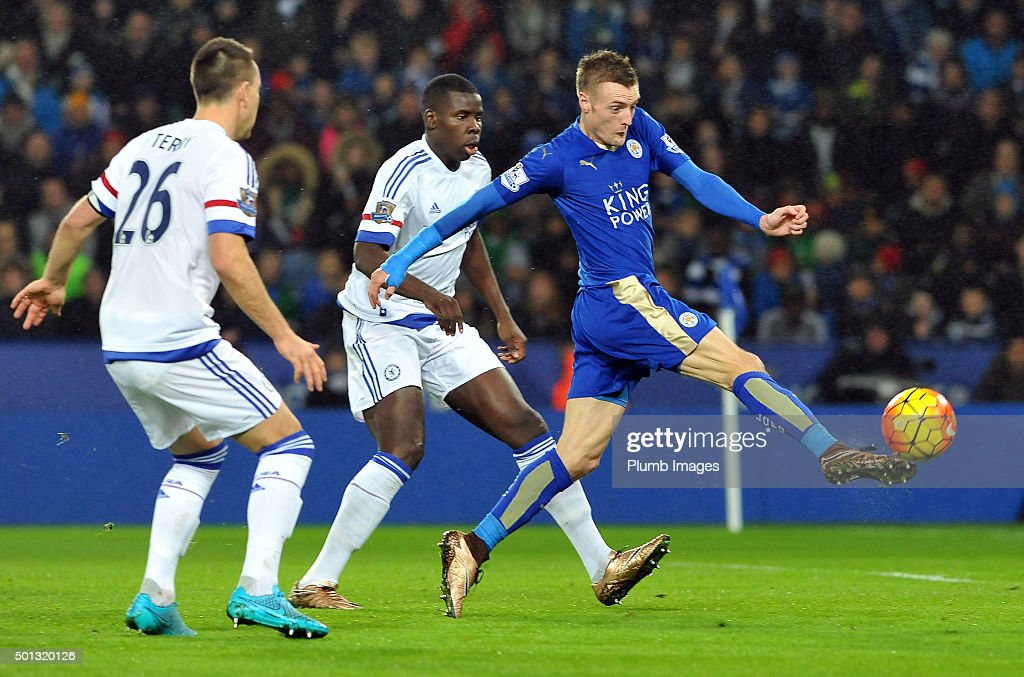 (Photo from Gettyimages.com) Vardy tucks in Leicester’s second goal with a sublime volley.

Azpilicueta, who has been commended by players and coaches around the world for his transition from right back to left back, struggled for the first time all year against Mahrez. He couldn’t deal with Mahrez’s tight control on Leicester’s first goal, and struggled to clear the ball with the pressure that Leicester plays with.

For the first time all year Cesc Fabregas played extraordinarily well. He was subbed on in the 53rd minute for John Terry. Mourinho went to a three in the back formation and pushed Fabregas up to center attacking midfield. He almost got an assist and provided energy that sparked Chelsea’s near comeback. While he struggled to get shots off, Willian connected with Costa and Hazard to create chances. He provided a wonderful corner that Nemanja Matic almost headed in. The Brazilian winger has been Chelsea’s savior numerous times this year but just couldn’t get it done against Christian Fuchs and Leicester’s rock-solid defense.

The Frenchman scored a goal in the 78th minute and provided Wes Morgan and Robert Huth a problem with his change of pace. Diego Costa had been stopped by Morgan and Huth all game but when Mourinho went to a more attacking formation, Remy was able to sneak behind the two to tap in his goal.