Chelsea are officially out of every competition this year, having lost 2-0 to Everton. Chelsea fans have struggled all year to explain the lack of wins and big performances from their team. When Jose Mourinho was fired in December, Chelsea fans were ready to throw in the towel. How could an interim manager possibly lead Chelsea to any trophies this year? Could Guus Hiddink spark something in his players to lead Chelsea back into the top 5?

At first it certainly looked promising. Chelsea won their first game without Mourinho 3-1, beating a very inferior Sunderland team. However, the fans were infuriated with the sacking of Jose Mourinho in the first place. During Chelsea’s victory of Sunderland, fans booed their own players, including Diego Costa, Cesc Fabregas, and Branislav Ivanovic, blaming them for forcing Mourinho out.

With that being said, Chelsea, under the management of Guus Hiddink, went undefeated for 11 games straight. It seemed as though Chelsea’s players were actually playing for positions. The main issue under Mourinho this year was the players’ complacency. Players such as Diego Costa, Cesc Fabregas, and Eden Hazard played as though they would never lose their starting position. Hiddink changed that mindset. By benching Eden Hazard and giving young players such as Kenedy a chance to play, Hiddink forced every player to work as hard as the others. 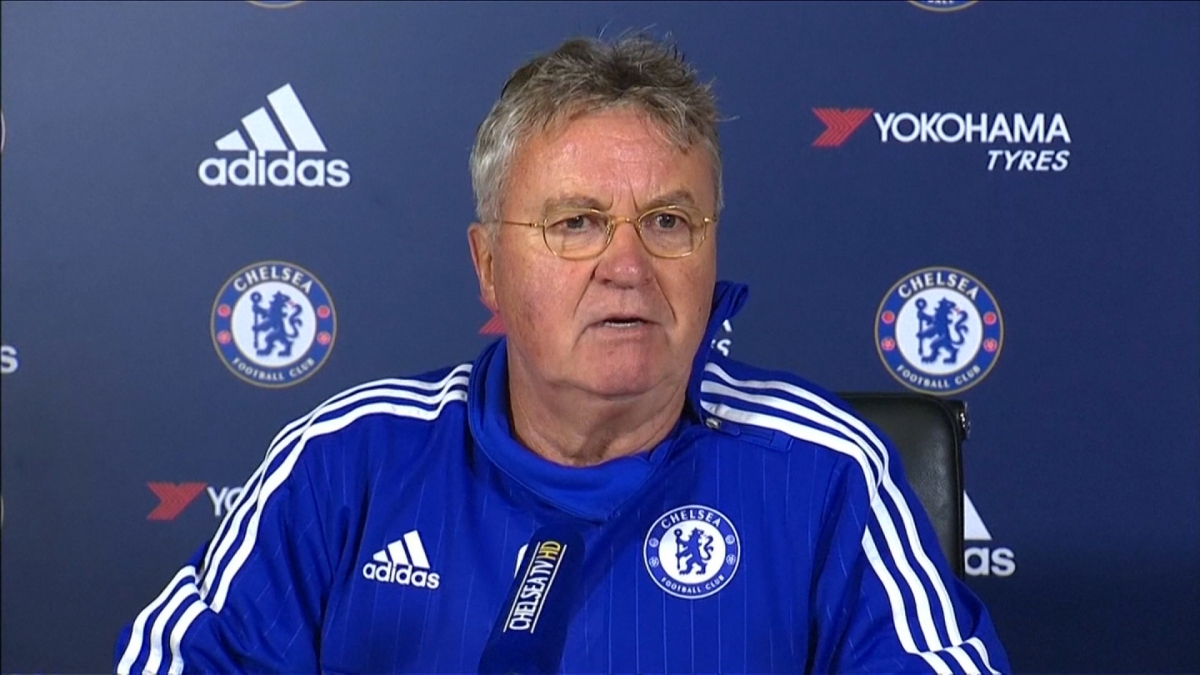 Hiddink has sparked a flame in Chelsea’s players. [ibtimes.co.uk]

Flash-forward to February 21st. Chelsea plays Manchester City in the FA Cup. Even though Manchester City opted to rest most of their starters, Chelsea scored 5 goals. Chelsea fans were inspired by their sides victory. Perhaps Hiddink could bring back his magic that he had brought to Chelsea in 2008 when the blues won the FA cup under the dutchman’s leadership. However, Chelsea fans’ hearts were broken when the blues lost to PSG in the Champions League and then to Everton in the FA Cup semifinals. Chelsea was knocked out of every possible cup.

While this may seem like a sad story about Chelsea’s dismal season, Chelsea fans should look forward to the rest of the season. Some key games include Manchester City, Tottenham, and Leicester City. Currently Chelsea are in 10th place, only 9 points away from guaranteed Europa League play. Because Chelsea cannot win the FA cup, the Capital One cup, or the Champions League, they have to finish at least 6th or 7th. Chelsea fans should be optimistic now that Chelsea can focus all their efforts on that target.

Chelsea vs. Tottenham (May 2nd)

Liverpool vs. Chelsea (May 11th)

Chelsea vs. Leicester City (May 15th)